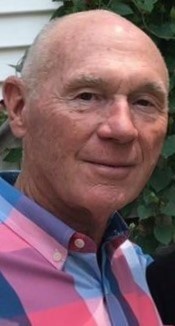 Jim was born June 11, 1942 in Oshkosh to Norman and Lucille Jungwirth Spanbauer. Jim graduated from Waupun High School in 1960. On October 1, 1966 he married his high school sweetheart, Mary Redeker, at Trinity Reformed Church in Waupun. Jim worked at Waupun Auto Sales and taught auto mechanics at Fox Lake Correctional until he retired in 2001. Racing and spending time at the track and in the shop with his great group of friends and family brought him happiness. He also enjoyed flying model airplanes with the Beaver Dam Area Radio Flyers. He was a dedicated family man, who could fix anything and was always helping others.

Jim was preceded in death by his parents, Norm and Lucille Spanbauer; and a sister-in-law, Patricia Spanbauer.


Friends and relatives may call on the family on Wednesday, at the funeral home from 4-7 p.m., and on Thursday from 10 a.m. until the time of service.

Funeral services for James Spanbauer will be held Thursday, October 25, 2018 at 11 a.m. at Werner-Harmsen Funeral Home in Waupun.

The family has set up a memorial in honor of Jim.


To order memorial trees or send flowers to the family in memory of James Spanbauer, please visit our flower store.