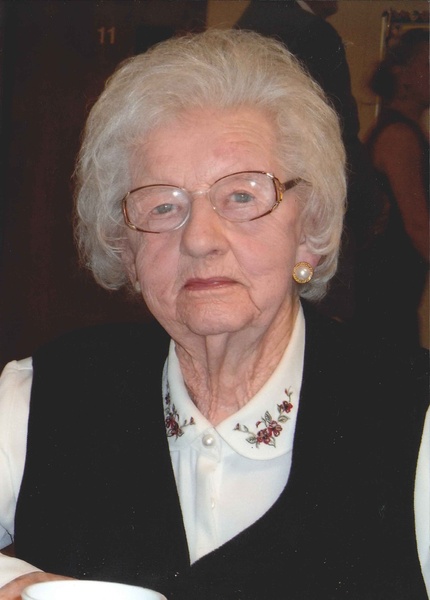 
Alice was born August 16, 1918 in Chicago the daughter of Albert and Jenny Werkman Van Der Laan. On August 28, 1941 Alice married Rev. John Groenewold in Chicago. During their marriage the couple resided in Pipestone MN, Detroit, MI, Fulton, IL, and in 1971 moved to Waupun where John was pastor of First Christian Reformed Church. On July 28, 1975 John passed away. On September 3, 1976 Alice married Otto B. Redeker in Waupun. The couple resided in Waupun all their married lives. On August 15, 1996 Otto passed away. Alice was a member of First Christian Reformed Church in Waupun and its Mary-Martha Circle. As a minister’s wife, Alice enjoyed going on home visitations with her husband and also entertaining church members.


Friends and relatives may call on the family on Friday from 5-7 p.m. at Werner-Harmsen Funeral Home in Waupun and on Saturday at the church from 9:30 a.m. until the time of service.


Memorials may be directed to Central Wisconsin Christian Schools in Waupun.

To order memorial trees or send flowers to the family in memory of Alice Groenewold Redeker, please visit our flower store.