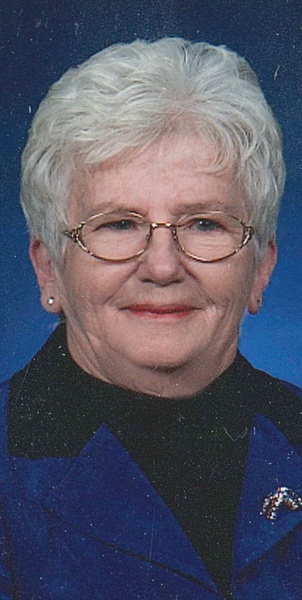 Boots Pillsbury was born January 5, 1930 in LaCrosse, WI, the daughter of John and Leona Cain Limberg. The family moved to Waupun where Boots graduated from Waupun High School in 1948. In 1949 she married Roland Klug in Dubuque, IA. Following their marriage the couple resided in Waupun most of their married lives. On October 9, 1971 Roland passed away. Following Roland’s death, Boots raised their eight children alone. On August 10, 1985 she married Earl Pillsbury in Waupun where they resided all their married lives. Throughout her employment years, Boots worked at Bell’s Restaurant in Waupun, JCPenney, Ben Franklin Variety Store, and retired after working 13 years at Waupun High School in food service, retiring at age 86. In 1970 she was selected as Waupun’s Mother of the Year. Boots was a member of Immanuel Lutheran Church of Waupun where she was a member of its Women’s Circle.

Friends and relatives may call on the family on Tuesday at the church from 2 p.m. until the time of service.

Burial will take place at Highland Memory Gardens in the town of Trenton.

Thank you to the nursing staff on 2nd floor, ER at Waupun Memorial Hospital, and Joey Tucker-Pinnow, hospice nurse, for the loving care given to our mother.

To order memorial trees or send flowers to the family in memory of Arbutus "Boots" Pillsbury, please visit our flower store.