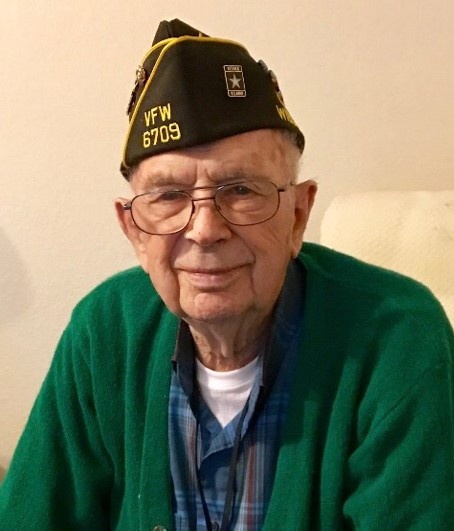 Arnold was born August 28, 1920 in Waupun, the son of Cornelius and Hattie (Loomans) Visser. He married Grace Derksen on December 30, 1941. Arnold entered military service on July 1, 1942. He served with the 9th infantry division during World War II discovering the Buchenwauld Concentration Camp. He was also a commander of 2,400 German prisoners at Moosburg, Germany. He finished his military career in the Army Reserves retiring as Captain after 20 years. He was a business man, owner of Visser Brothers, West Main Lumber, Waupun Supply Company and real estate. He was an active member of Emmanuel Reformed Church serving as elder and on the board of Words of Hope for many years. He was a Life Member of Veteran’s of Foreign Wars Post 6709.

He was preceded in death by his wife, Grace of 65 years; and his grandson, Lee; four brothers; and a sister.

Private services for Arnold Visser will be held at Alto Cemetery with American Legion Post 210 of Waupun providing military honors.


To order memorial trees or send flowers to the family in memory of Arnold Visser, please visit our flower store.