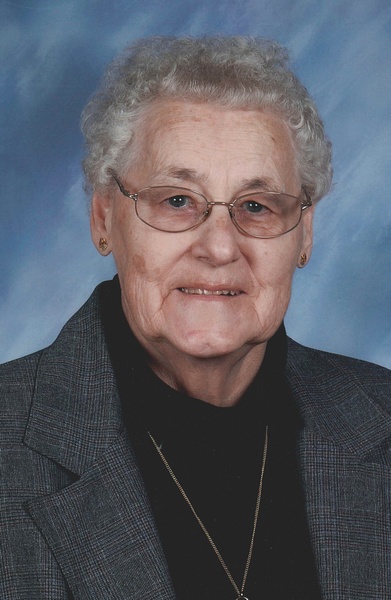 
Auguste “Gustie” Schultz, 93, of Fox Lake, passed away January 19, 2018 at The Christian Home in Waupun with family by her side.

Gustie was born October 3, 1924 in Green Lake, WI the daughter of Fredrick and Lillian Schultz Hilke. On May 8, 1943 she married Russell Edwin Schultz at Grace Lutheran Church in Ripon. The couple farmed in the Markesan area until 1967 when they moved to the town of Fox Lake. Gustie was a member of County Line Lutheran Church in rural Markesan. She was an avid seamstress, loved making quilts, and hand embroidered kitchen towel sets.

Gustie is preceded in death by her husband, Russell in 2006; her parents; and two brothers: Edward and Lawrence Hilke.


Friends and relatives may call on the family on Thursday at the funeral home from 10:30 a.m. until the time of service.

Funeral services for Auguste “Gustie” Schultz will be held will be Thursday, January 25, 2018 at 11:30 a.m. at Werner-Harmsen Funeral Home in Waupun with Rev. Shelly Nelson officiating.


To order memorial trees or send flowers to the family in memory of Auguste "Gustie" Schultz, please visit our flower store.