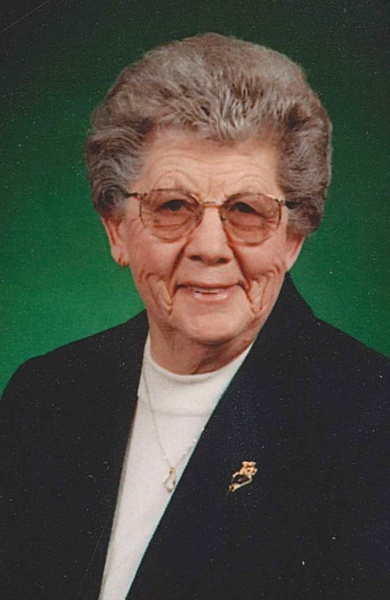 Avorah was born July 29, 1926 in the town of Chester, the daughter of Tom and Nellie Derksen Bresser. On September 24, 1948 she married Alfred L. Henken in the town of Trenton. Following their marriage the couple moved to the town of Chester where they farmed most of their married lives. Avorah did volunteer work at Continental Manor in Randolph. She was a member of Emmanuel Reformed Church in Waupun. Avorah enjoyed gardening, crocheting, and doing puzzles.

Avorah was preceded in death by her husband, Alfred in 1999; a brother, Carl Bresser; brother-in-law, Bernes Henken; and step-brother-in-law, Wiebe Buwalda.

Friends and relatives may call on the family on Friday from 1 p.m. until the time of service.

Funeral services for Avorah Henken will be held Friday, September 14, 2018 at 3 p.m. at First Reformed Church in Waupun with Rev. Barry Lang officiating.


To order memorial trees or send flowers to the family in memory of Avorah Henken, please visit our flower store.