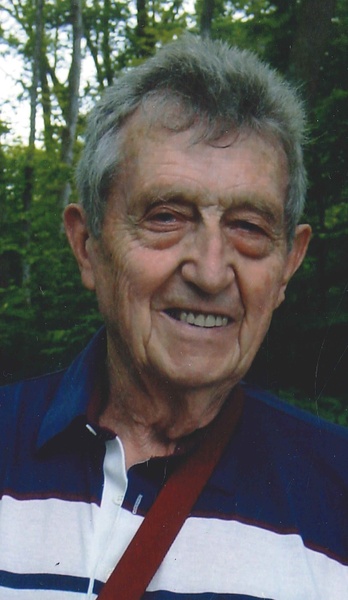 Bert was born June 28, 1914 in Fond du Lac, the son of Albert and Eva Schultz Guenther. The family lived in Ripon and when Bert was nine years old they moved to Waupun. Bert was a 1932 graduate of Waupun High School. In 1936 he married Esther Krieser in Mayville. Bert was employed at National Rivet in Waupun for 42 years, retiring in 1979. On December 25, 1975 Bert’s wife, Esther passed away. On June 17, 1977 he married Margene Rather in Waupun. The couple resided in Waupun until 1989 at which time they moved to Lakeland, FL. In 2011 they moved back to Waupun. Bert sang in barbershop quartets for many years; first in Waupun and then in Lakeland, FL. Bert was a member of Waupun Masonic Lodge, Eastern Star, and Union-Congregational Church in Waupun. While residing in Lakeland, FL he was a member of First Presbyterian Church.

Bert was preceded in death by his first wife, Esther Guenther; a son, Brian “Chick” Guenther; a sister, Viola Kutzke; a brother, Truman Guenther; and a grandson, Rick Guenther.

Due to COVID-19, memorial services for Bert J. Guenther will happen at a later date.

To order memorial trees or send flowers to the family in memory of Bert J. Guenther, please visit our flower store.