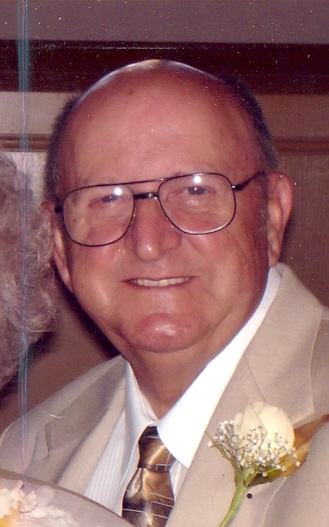 Calvin was born June 15, 1932 in the town of Alto, the son of Cornelius and Minnie Schouten Ter Beest. Cal graduated from Brandon High School. On June 23, 1954 he married Donna Glewen in Alto. Shortly following their marriage Cal was drafted into the U.S. Army and spent about two years in Germany. During his time in Germany, he was joined by his wife, Donna, where they enjoyed their first two years of marriage together. Following the military Cal began farming, and farmed in the Alto/Brandon area for 30 years. Following his years in farming they moved to Waupun where he was employed at Farmers Elevator for 28 years and also 14 years at Farm & Home in Waupun, working evenings and weekends. Cal was a crossing guard for the schools for 12 years, working at Jefferson School. The joy of his life was being in the Singing Witness’s Quartet and later The Revelations Quartet. He was a member of Trinity Reformed Church and in previous years was a member of Alto Reformed Church for 30 years and First Reformed Church for 15 years. He served as an elder and Sunday School Teacher. Cal was a member of American Legion Post 210 in Waupun.

Cal was preceded in death by his parents; two brothers: James and Roy Ter Beest; and a sister, Marie Kastein.


Friends and relatives of Calvin Ter Beest may call on the family on Wednesday at the church from 9:30 a.m. until the time of service.

To order memorial trees or send flowers to the family in memory of Calvin E. Ter Beest, Sr., please visit our flower store.