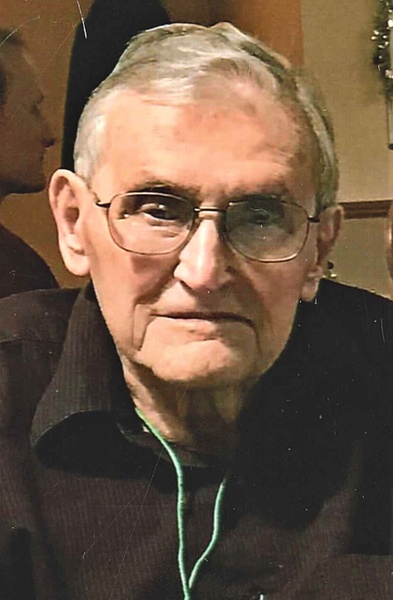 Calvin was born February 8, 1928, the son of Willis and Clara (Huibregtse) Walvort of Oostburg, WI. He married his wife of nearly 65 years, Louise Vander Weele of Sheboygan, WI on July 7, 1950 in Fort Riley, KS.

Calvin served in the U.S. Army and was wounded in the Korean War for which he received two Purple Hearts and additional service medals. Despite the life-long challenges from those injuries, he did not slow down. Following nearly two years of surgery, complications and rehab, he was told he would always be in a wheelchair; instead he got up and used crutches. He then was told he would always need crutches; instead he put them in the closet and walked.

After his time with the Army, Calvin first worked for Sheboygan County and then at the State Prison in Waupun beginning in 1959 until his retirement. Calvin enjoyed fishing, bowling, scenic views, following current events, and keeping up with his family on Facebook. He was committed to his church and to Christian schools.

Calvin was preceded in death by his wife, Louise; and a brother, Walton.

Friends and relatives may call on the family on Thursday at the funeral home from 9:30 a.m. until the time of service.


Funeral services for Calvin J. Walvort will be held Thursday, December 9, 2021 at 11 a.m. at Werner-Harmsen Funeral Home in Waupun with Rev. Paul Freswick officiating. Masks are encouraged but not required.

Burial will follow at Alto Cemetery where military honors will be performed.


A special thank you to Randolph Health Services and Prairie Ridge for taking good care of Dad.

To order memorial trees or send flowers to the family in memory of Calvin J. Walvort, please visit our flower store.