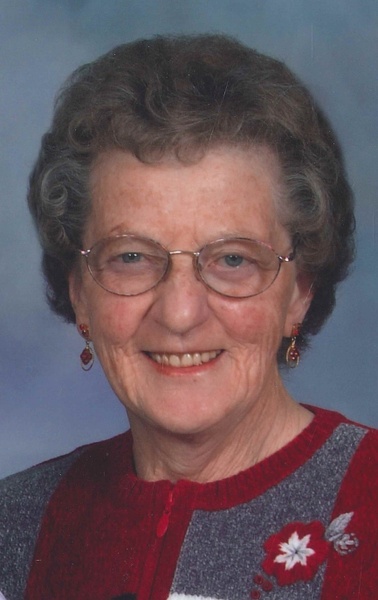 
Carol Ruth Thurk, 88, of Waupun was called to her eternal home by her Lord and Savior Jesus Christ on November 4, 2018 to join her beloved husband and two beloved daughters.

Carol was born April 9, 1930 in Beaver Dam, the daughter of Hilbert and Julia Ruth Schwandt Frankenstein. Carol attended Jackson School for five years, St. Stephen’s Lutheran School for three years, and Beaver Dam High School for two years. On April 28, 1948 she married Alfred Thurk of Waupun and the couple farmed in the Waupun area until 1987. Carol was a volunteer for Meals on Wheels for many years. After her husband died in 2013, after 64 ¾ years of marriage, she volunteered for many years at Bargains Galore Thrift Store. She loved her gardens, flowers, and always kept her lawn looking nice. She enjoyed puzzles and reading in her spare time. Carol and Alf enjoyed traveling the country, especially celebrating their anniversary in Branson, MO. She was a member of Grace Evangelical Lutheran Church.


Friends and relatives may call on the family on Thursday at the church from 10:30 a.m. until the time of service.


“It is with heavy hearts that we share that our dear friend and volunteer, Carol Thurk passed away early this morning. She was 88 years old - she will be greatly missed.

For those of you who may not have had the privilege of knowing Carol, she volunteered diligently at Bargains, serving around 20 hours weekly, always with a smile! She began having various health concerns just a few weeks ago. She faithfully hung clothing, cleaned decor, sorted messy hangers, primped Christmas wreaths, garland & trees to name a few of her efforts. Carol was a hard worker, great with details, had a superb memory and was an inspiration to many.

Carol was introduced to the Bargains family by Georgene Mulder about 5 1/2 years ago after Carol's husband had passed away. Carol has shared that she was a bit apprehensive to help out here at first as she had not previously had any affiliation with CWC. However, over the years, Carol had shared many, many times how welcomed she felt here, how nice everyone was and how she wouldn't know what she would have done without it.

We give thanks to God for blessing us with Carol!”
Sincerely, Bargains Galore


To order memorial trees or send flowers to the family in memory of Carol Thurk, please visit our flower store.