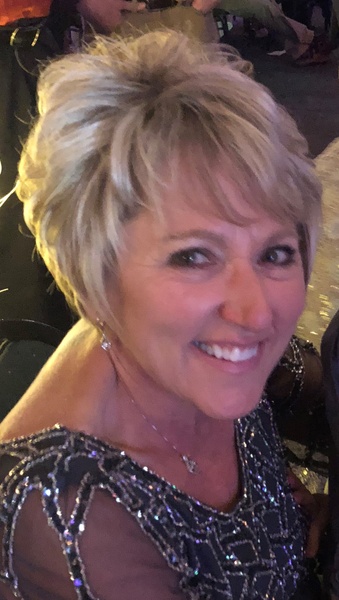 
Carol was born August 18, 1961 in Waupun, the daughter of Richard and Dianne McMullin Brown. Carol attended Waupun schools and graduated from Waupun High School. She furthered her education at Moraine Park in Fond du Lac and received her associate degree. On April 19, 1989 she married Dennis Vander Woude in Fond du Lac. They resided in the Waupun area most of their married lives. Carol was a member of the Christian Motorcycle Association and ABATE. Carol’s life as a drug and alcohol abuse counselor began when she admitted herself to the Beacon House as a patient. Her life turned around as she received her education and later was employed as a counselor at the Beacon House in Fond du Lac for 15 years. She was then employed with Dodge County Health and Human Services in Juneau for three years from which she retired. Carol enjoyed motorcycling very much. She and her husband, Dennis just returned from a 6,000 mile motorcycle trip to the West Coast. They spent winter months in Arizona in their motorhome and the summer months near Rio. Carol was an avid walker, pickleball player, and bicycler.


Friends and relatives may call on the family on Saturday at the funeral home from 9-11:30 a.m.


The family wishes to thank Beacon House in Fond du Lac for helping Carol turn her life around, thus allowing Carol to help others throughout her career.

To order memorial trees or send flowers to the family in memory of Carol Vander Woude, please visit our flower store.