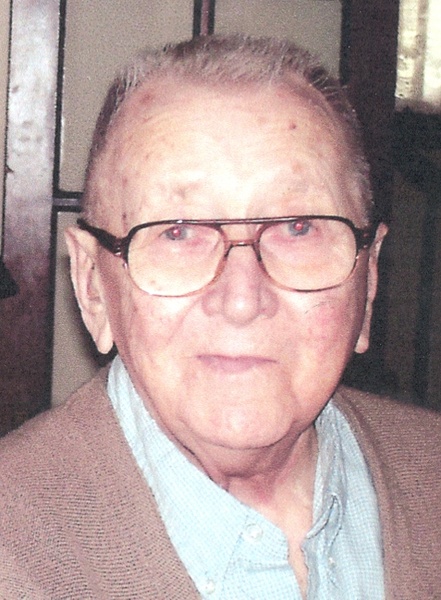 
Charles was born January 16, 1922 in Pipestone County, MN, the son of Charles and Elizabeth VandenBerg DeBoer, Sr. Chuck attended Brandon High School, graduating in 1940. In Dec of 1942 he served with the 14th Armored Division in WWII in Europe. He returned from the military in March of 1946. On April 11, 1946 he married Twilah Meenk in Brandon. Following their marriage the couple resided in Brandon until June 17, 2014 when they moved to Ripon. Chuck was employed at National Rivet and Manufacturing of Waupun for 37 years. Upon retiring from National Rivet, Chuck tuned pianos and did woodworking. He was a member of Bethel Reformed Church in Brandon where he sang in the men’s chorus and was active in the Sunday School Program. Chuck was a member of American Legion Post 210 in Waupun. He and Twilah enjoyed traveling together in the states and overseas.

Chuck was preceded in death by a son, David C. DeBoer; five brothers; and a sister.


Friends and relatives may call on the family on Saturday at the church from 10 a.m. until the time of service.


To order memorial trees or send flowers to the family in memory of Chuck DeBoer, please visit our flower store.