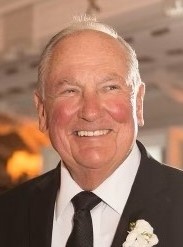 
Clayton “Bud” Landaal of Waupun, Wisconsin, age 85, went peacefully into the arms of Jesus surrounded by his family on September 3, 2021.

Bud was born June 25, 1936 to Bert and Alice (Loomans) Landaal in Waupun. Bud was raised in the Waupun/Brandon area on the family farm. He attended Brandon and Waupun schools. He joined the Army and served our country from 1956 to 1958. He served in the anti-artillery battalion and was stationed around Washington DC. He married the love of his life, Sylvia Dykstra, on July 2, 1960 in Waupun where they raised their family. He was employed with the State of Wisconsin for 33 years, retiring from Dodge Correctional Facility in 1990. He was a member of the American Legion Post 210 where he was actively involved, serving faithfully on the Honor Guard, honoring veterans. He served on board for the Waupun Utilities and the board of the Fire and Police Commission for many years. He loved his Trinity Church family where he served on the consistory as elder and deacon. He also was on the building committee at Trinity and spearheaded many projects within the church. Bud was a husband, father, grandpa and great-grandpa and great friend to many. Bud was well known for his deer horn mounting business, estimating into thousands of mounts over the years for his faithful deer hunting clients. Bud drove bus for Edmunds Bus Service for decades and he loved pouring into and building up the kids on his bus. Taking up golf upon retirement Bud even went on to chalk up two holes in one in his golf tenure. At their Florida home Bud took up shuffleboard and was the Club shuffleboard champion. Bud was a fun competitor and was always sure to kiddingly rub it in good when he won! Bud enjoyed keeping their lawn, cars and their house neat and immaculate. With a fully equipped workshop in his basement, “Bud’s Happy Place”, chances are you just may have one of Bud’s many projects he has done over the years in your house. Bud loved God, Bud loved his beautiful wife and cherished his family and savored each moment with his grandchildren and great grandchildren. Bud showed his children and grandchildren Christian values, how to work hard, and to not quit until the job was completed and the job was done right. These legacy values are now being passed onto Bud’s great grandchildren.


Friends and relatives may call on the family on Thursday at the church from 9 a.m. until the time of service.


Memorial services for Bud Landaal will be held Thursday, September 9, 2021 at 11:30 a.m. at Trinity Reformed Church in Waupun with Rev. Brent Matzen officiating.


Memorials may be directed to The Honor Flight or Trinity Reformed Church.

To order memorial trees or send flowers to the family in memory of Clayton "Bud" Landaal, please visit our flower store.