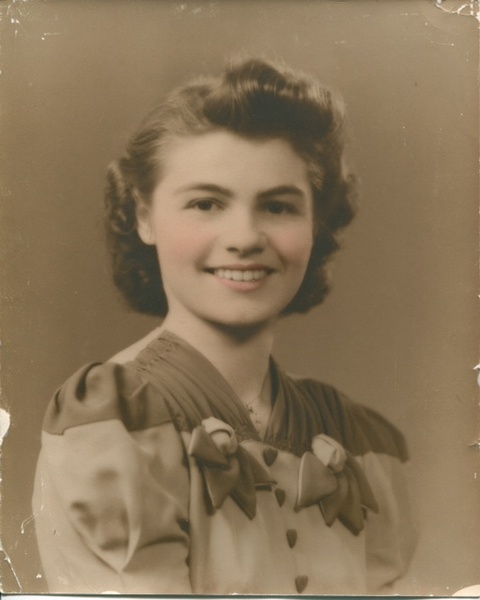 
Cornelia “Neal” Twomey, 90, passed away in Waupun, WI where she lived with her daughter and son-in-law, Carleen and Daniel Vande Zande.


Neal was born February 25, 1924 in Vernon, New York the daughter of Albert C. and Margaret Murphy Dam. She spent most of her life in the Oneida, NY area and moved to WI two years ago. She graduated from Verona High School in 1941. On September 6, 1947 she married Charles T. Twomey in St. Catherine’s Church, Vernon, NY. She was employed as a personnel manager of the Mastercraft Corp. of Oneida, NY during World War II, and held many office management positions after that time. Neal enjoyed participating in sports, having achieved records in track and field. She was an avid sports enthusiast until her death. She was a member of St. Joseph Church in Oneida, NY.

Neal is survived by a son and daughter-in-law, Kevin Twomey of Albany and Deborah Twomey of Minoa; a daughter, Dr. Carleen and Dr. Daniel Vande Zande of Waupun, WI; a grandson, Collin of Minoa; a sister- in-law, Mary Stanhope of Oneida; brothers-in-law, John Twomey of Oneida and Paul Twomey of New Smyrna Beach, FL; and several nieces and nephews.

Visitation for Neal Twomey will be held on Monday, June 2, 2014 at Werner-Harmsen Funeral Home in Waupun from 5-7 p.m. with a prayer service at 7 p.m. A reception will be held at the Rock River Country Club following the service. According to Neal’s wishes, a funeral Mass will be held at St. Joseph Church, Oneida, NY on June 9, 2014 at 10 a.m. with the burial at St. Patrick’s Cemetery following the Mass.


Family members extend their profound gratitude to Dr. Nagel, Rick Parish, P.A., and the staff at the Waupun Memorial Hospital and Agnesian Healthcare for the deep compassion and expert care she received during her illness.


In lieu of flowers, the family asks that a memorial contribution be made to Waupun Memorial Hospital.

To order memorial trees or send flowers to the family in memory of Cornelia "Neal" Twomey, please visit our flower store.