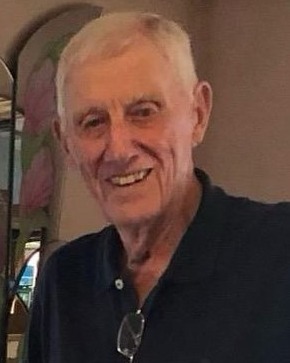 Dale Vanden Berg, 90, of Waupun, WI passed away Thursday, December 22, 2022 at the Christian Home in Waupun.

Dale graduated from Brandon High School in 1949. He was employed by Mid-States Shoe and Shoe Corp of America for 18 years. From 1952-53 he was active in the U.S. Army 7th Division, deployed in Korea. He had the wonderful experience of participating in a Badger Honor Flight to Washington, D.C. in 2017.

In 1967 Dale began a career in the sale of leather and shoe manufacturing  supplies with H.A. Batchelder and Son in Milwaukee, WI. He became owner of  the business in 1985 and moved it to a new office and warehouse in the Waupun Industrial Park in 1990.

Dale’s retirement came in 1995, followed by he and Nancy spending their winters in Lake Havasu, AZ.

Dale was a charter member of Trinity Reformed Church where he was an elder,  teacher, and the tallest man in the choir loft. His activities included basketball,  softball, bowling, fishing and golf. He was a member of Rock River Country Club since 1960, and golfed with his buddies on a regular basis into September of this year.

Dale was preceded in death by wife Nancy, his parents, step-father Bill DeBoer,  and his sister Evelyn.

A celebration honoring Dale’s life will be held on a date to be determined.

In lieu of flowers, cards, or gifts, please praise God for the people around you  and take a few minutes to reflect on a fond memory of our dad and Papa.

To order memorial trees or send flowers to the family in memory of Dale Vanden Berg, please visit our flower store.