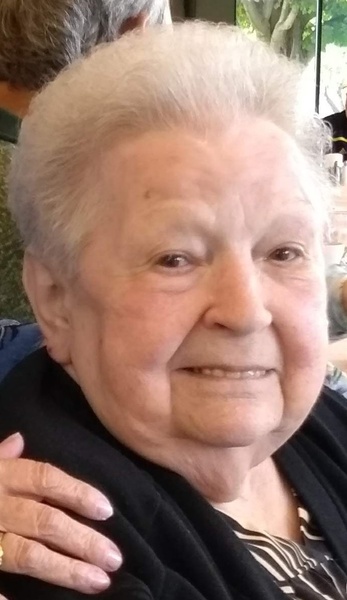 Darlene was born March 20, 1935, the daughter of Herbert and Edith Hesselink Schlieve. She graduated from Waupun High School in 1953. She married Stanley J. Pero and they spent their early years in Berlin, Germany. Upon returning to the states they moved to Madison, WI where they raised their four children. Darlene was a stay-at-home mom until their children went to school full-time. Then she waitressed at Rennebohm Drug Store. She worked at the Sherman Plaza Restaurant on the northeast side of Madison for 20 years until the restaurant closed, making sure she was home before and after school. Darlene loved being with the neighborhood moms and they formed a bowling team at Northgate Lanes. They bowled together for more than 20 years and went to many state bowling tournaments and the National Bowling Tournament a couple times. They got together for a few weekends each year after they stopped bowling just to laugh, eat, and play cards. Darlene cherished those life-long friendships with all her heart. She was an avid Packer and Badger fan and watched as many games as she could, especially in her later years. She also enjoyed playing cards and bingo, being lucky in both.


Friends and relatives may call on the family on Saturday at the funeral home from 9:30 a.m. until the time of service.

Funeral services for Darlene Pero will be held Saturday, June 12, 2021 at 11:30 a.m. at Werner-Harmsen Funeral Home in Waupun with Rev. Jeff Nicla officiating.


The family would like to thank the staff at The Meadows Assisted Living in Fall River, WI for supporting Darlene over the past four years. She truly enjoyed her time there. Thank you to the caregivers at Columbia Health Care Center in Wyocena for their compassionate care over the past six months.

To order memorial trees or send flowers to the family in memory of Darlene Pero, please visit our flower store.