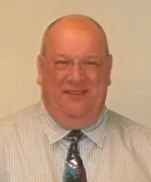 
Dave was born June 18, 1958 in Waupun the son of Charles and Hazel Lenz Redman. Dave graduated from Waupun High School in 1976 and went on to Moraine Park where he received an associate degree. On September 20, 1980 he married Brenda Vande Kolk in Waupun. Dave was employed by United Auto Parts as a salesman since 1987. He was a member of Rock River Country Club for many years where he served as president. Since 2002 he and Brenda enjoyed summer months camping and many trips to Jamaica. Dave was a member of the Waupun Fire Department for 37 years and retired this past April. He was a very avid Wisconsin Badger fan. He enjoyed woodworking and history. He was a member of First Reformed Church in Waupun where he ushered for many years.

Dave was preceded in death by his parents, Charles and Hazel Redman.


Friends and relatives may call on the family on Tuesday from 4-7 p.m. at Werner-Harmsen Funeral Home in Waupun and on Wednesday at the church from 9:30 a.m. until the time of service.


A memorial service for David Redman will be held Wednesday, September 9, 2015 at 10:30 a.m. at First Reformed Church in Waupun with Rev. Craig Van Hill officiating.

To order memorial trees or send flowers to the family in memory of David L. Redman, please visit our flower store.