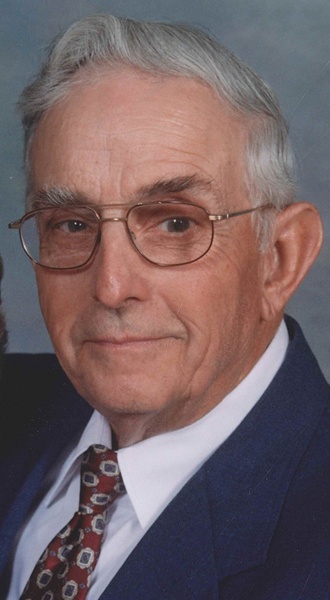 David was born June 8, 1925 in Waupun, WI, the son of Bert & Jennie Hull Lemmenes. David met his wife of 65 years, Dorothy on a blind date.They were married on October 8, 1948 and farmed in the Waupun area. After retiring from farming in 1985, David worked as a sexton at Forest Mound Cemetery for 20 years. He enjoyed singing with Men of Praise. David was a faithful member of Trinity Reformed Church in Waupun where he served as both a deacon and elder. He enjoyed farming and woodworking and made beautiful clocks for each of his grandchildren.

Friends and relatives of David H. Lemmenes may call on the family on Friday from 5-7 p.m. at Werner Harmsen Funeral Home in Waupun and on Saturday at the church from 9:30 am until the time of service.

In lieu of flowers, memorials can be made to Trinity Reformed Church, Agnesian Hospice, or Marvin’s Manor.


To order memorial trees or send flowers to the family in memory of David Lemmenes, please visit our flower store.