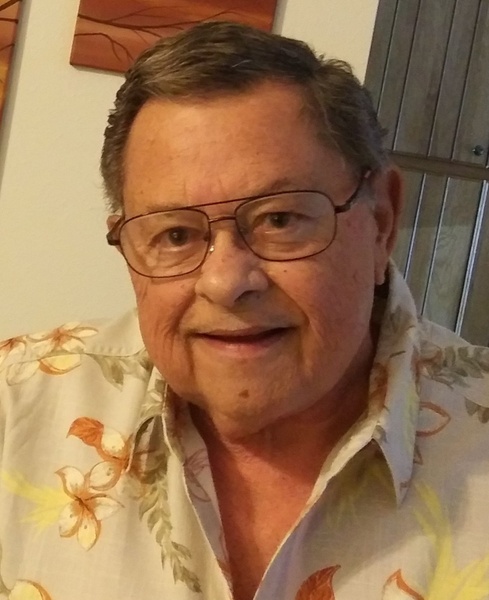 
Dennis “Denny” Keith Hoffman, 73, of Plainfield, passed Thursday, November 12, 2020 at his home after a two year battle with lung cancer.

Denny was born December 25, 1946 in Beaver Dam the son of the late Norris J. and Luverne C. Hechemovich Hoffman. Denny was a 1965 graduate of Waupun High School. He enlisted in the US Navy and served two tours in Vietnam from 1966-1970 and earned the rank of PO2. He immediately hired on with AT&T and retired from there in 2001. Denny was a life-time member of the DAV and VFW. On July 2, 1977 he married Barbara Pattee. They resided in Round Lake, IL for 30 years and spent those years building their retirement home on Long Lake outside Plainfield. In 2010 they became snowbirds, spending summers at their home and winters at their home in Fort Pierce, FL. Denny enjoyed the outdoors, hunting and fishing, racing stockcars (in his early years), and building classic cars. You could usually find him in the garage with some project going on. Denny and Barb traveled as much as they could in their motorhome.

He was preceded in death by his parents; and father-in-law, Edward Pattee.

Graveside services for Denny Hoffman will be held Monday, November 16, 2020 at 11 a.m. at Forest Mound Cemetery in Waupun. Military honors will be provided by American Legion Post 210 of Waupun. Please follow current COVID-19 protocol with masks and social distancing.

A special thank you to Ascension At Home Hospice Care for taking care of Denny.

Memorials may be directed to Disabled American Veterans at www.dav.org.


To order memorial trees or send flowers to the family in memory of Dennis Hoffman, please visit our flower store.