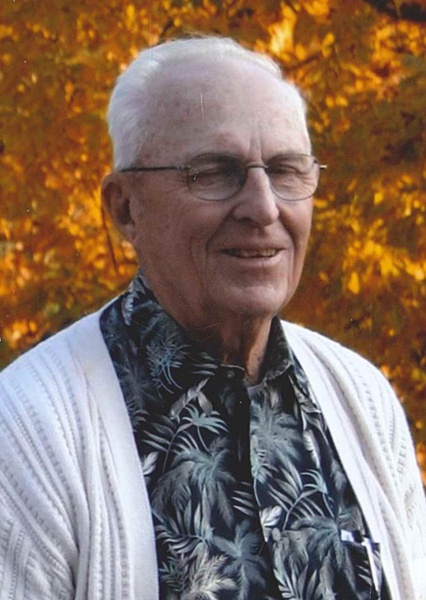 Don was born July 19, 1931, the son of Lawrence and Laura Daehn Bade. Don graduated from Brandon High School. On February 20, 1950 he married his high school sweetheart, Doris Henker. Don farmed his entire life in the town of Alto. He worked for the canning factory in Fairwater, part-time for years. Don drove school bus for many years. He was a member of Alto Fire Department for 40 years where he served as fire chief for 25 years.. He loved to bowl and work in the garden. He sang with Harmony Kings in Ripon. Most of all he loved it when the grandchildren were around. He was a member of Zion Lutheran Church in Fairwater his whole life and he served on the council for many terms. Don played on the dartball team, and the chair of Zion Brotherhood. He served on the Shoreline Zoning Committee for Fond du Lac County.

He was preceded in death by his parents, Lawrence and Laura Bade; brother, Bernard (Darlene) Bade; and brother-in-law, Herb Cluppert.

Friends and relatives may call on the family on Monday at Werner-Harmsen Funeral Home in Waupun from 4-7 p.m. and on Tuesday at the church from 10 a.m. until the time of service.

Funeral services for Donald Bade will be held Tuesday, May 11, 2021 at 11 a.m. at Zion Lutheran Church in Fairwater with Pastor Kimberly Stowell and Pastor Dennis Nelson officiating.


Memorials may be directed to Zion Lutheran Church or Alto Fire Department.

To order memorial trees or send flowers to the family in memory of Donald Bade, please visit our flower store.