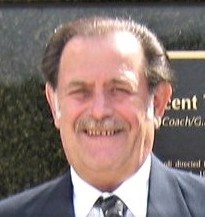 An outgoing man who was always quick with a joke, he made friends easily. He loved those he knew and to know him was to love him. Don began his adult career by serving in the Army where he acquired the nickname “Sarge” which stayed with him for the rest of his life. He spent the last portion of his military career as a recruiter, a position he took to re-establish his roots in Beaver Dam for himself and his family. A man who was happiest when he was busy, he established an arcade called Tables Towers & Games before moving on to manage the VFW tavern & later another tavern known as the Dew Drop Inn in Beaver Dam. In 1984 he began his career as a correctional officer at Fox Lake & Dodge Correctional where he retired in 2007. Don enjoyed cheering for the Packers to a point of exhaustion, helping others in need and gambling when time permitted. He made connections beyond the scope of our comprehension and will be greatly missed by many.

Married to his beloved wife, his angel, Karen A. (Ascherien) Horstmann for 47 years. They had two children: Donald F. Horstmann and Heather (Joseph) Jarden; as well as his daughter, Danyel (Clyde) Geimer from a previous marriage. Donald was a proud grandfather of Dominick Jarden, Payton Jarden, Shannon Roost, Alan Geimer, Nicholas Geimer, Aleta Geimer and a great-grandfather of Dean Roost. He will be missed by his siblings: Richard (Mary) Horstmann, Francis Yuenger, and William (Chris) Horstmann.

He was preceded in death by his siblings: Roger Horstmann and Alana (Leon) Westenmeyer; and parents, Hazel and Fred Horstmann.

Friends and relatives may call on the family on Saturday at the funeral home from 11 a.m. until the time of service.

Funeral services for Donald Horstmann will be held Saturday, June 10, 2017 at 1 p.m. at Werner-Harmsen Funeral Home in Waupun with Rev. Mike Giebink officiating.


To order memorial trees or send flowers to the family in memory of Donald H. Horstmann, please visit our flower store.