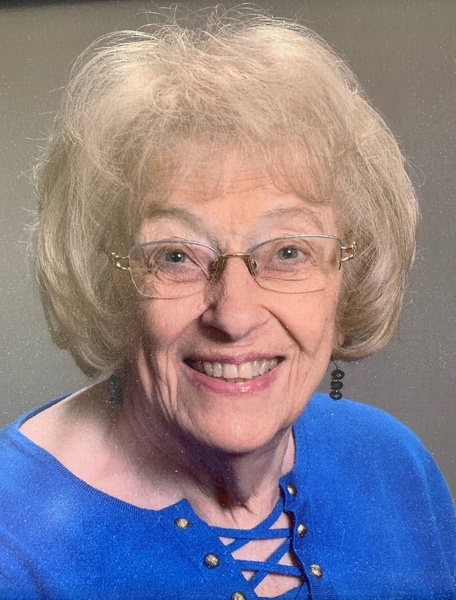 Donna J. Kastein was born May 28, 1931 in Kingston, WI the daughter of Vern and Elsie Klimke Niklaus during the great depression. Her father was a cheesemaker and immigrated from Switzerland. From Kingston the family moved to Leroy and then soon after to Markesan for the majority of her childhood years. Donna graduated from Markesan High School in 1949. On September 1, 1950 she married Wyman Kastein at St. John's Lutheran Church in Markesan. They celebrated 66 years of marriage together. The couple resided in Alto for 60 years and moved to Waupun in 2010. After Wyman's passing, she relocated to The Meadows in Fond du Lac. Donna was a co-owner of Kastein Hatchery and Poultry Farm. She was also employed at Alto Co-op for 15 years and retired in 1998. Donna was a member of the Alto Reformed Church and its Women's Missionary Society.

There was nothing more important to Donna than her wonderful husband and beautiful family. She cherished them like nothing else except for her faith in the Lord Jesus Christ. She was a determined, strong-willed woman who loved to learn about new things but still had an incredible appreciation for her past and history in general, especially telling stories of her youth while living during the Depression. She enjoyed politics, lifelong friends, the Alto Fair, and food.

Friends and relatives may call on the family on Friday, April 23 from 11:30 a.m. until Donna's celebration of life service beginning at 1:30 p.m. at the Alto Reformed Church in Alto. Pastor Doug Shotsky will be officiating.

The family would like to recognize the entire staff at The Meadows in Fond du Lac for their loving care and support of Donna along with the Hospice Nursing staff from Agnesian Healthcare and Hospice Home of Hope.

In lieu of flowers, memorials in Donna's name will be designated for the Alto Reformed Church and the Hospice Home of Hope.

To order memorial trees or send flowers to the family in memory of Donna Kastein, please visit our flower store.