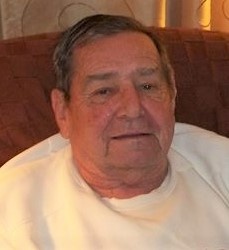 Doug was born March 2, 1934 in Fond du Lac the son of Walter and Mabel Stindt Henker. Doug attended Brandon schools and graduated from Brandon High School in 1952. On January 16, 1959 he married Annette Vander Meulen in Randolph. The couple resided in Brandon most of their married lives. Doug and Annette owned Doug’s Food Market in Brandon and later Doug was employed by the Village of Brandon as the Director of Public Works. He served on the Brandon Fire Department for 20 years and was chief for five years. He helped facilitate fund raisers to create the Community Park in Brandon as well as the nature trail. Doug served on the village board, was a past member of the Conservation Club and Brandon Lions Club. He was a member of Bethel Reformed Church in Brandon.

Doug was preceded in death by his parents; and a sister-in-law, Florence Henker.

Friends and relatives may call on the family on Saturday, September 14, 2019 from 3-6 p.m. at Werner-Harmsen Funeral Home in Waupun and on Monday at the church from 10 a.m. until the time of service.

Services for Doug Henker will be held Monday, September 16, 2019 at 11 a.m. at Bethel Reformed Church in Brandon with Rev. John Tilstra officiating.

A portion of the memorials received will go towards Brandon’s community park.


To order memorial trees or send flowers to the family in memory of Douglas Henker, please visit our flower store.