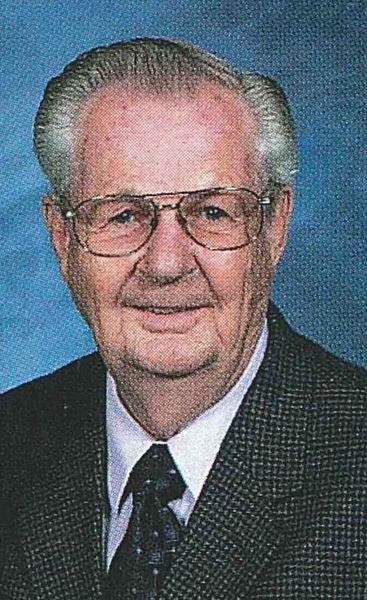 
Edwin (Ed, Eddy) D. Homan went to be with his Lord and Savior on June 25, 2016 surrounded by his loving wife and family.

Ed was born on November 12, 1930 near Brandon, WI to Ko and Dorothy (Respalje) Homan. Ed married Flora VanderGalien on Sept. 15, 1950 in Randolph, WI. They lived in the Waupun area all of their lives. Throughout his early life he had various jobs such as farming, truck driving, factory worker, etc. In 1965 he started in the automobile business which became his passion and his career. In 1974 Ed and Flora started Homan Auto Sales as a used car dealership in Waupun and in 1986 he received the Chrysler, Dodge, and Plymouth franchises. Through the years Homan Auto Sales, Inc. added a number of franchises and grew steadily. He was always proud of his employees, and was very thankful for the opportunity to serve his many customers. Homan Auto Sales received many Sales and Service Awards during his tenure of ownership. Ed retired from Homan Auto in 1996 when he sold the business to three of his sons. After retirement, Ed always kept himself busy doing landscape work, doing improvements at his house, working at his church in Florida, selling black dirt, and still stopped in the dealership to visit and “check on things”. Ed always seemed to have a smile on his face, a positive attitude, and could make friends no matter where he went. Upon retirement, Ed and Flora purchased a home in Kissimmee, Fl where they would spend their winters. Ed made many friends in Florida and he cherished his time down there. Ed was a member of Grace United Reformed Church in Waupun and attended Bible Baptist Church in Kissimmee, FL during his winters there. He was a former Kiwanian and served as its President. He was a member of the Waupun Planning Commission, the Board of Directors of the Wisconsin Auto & Truck Dealers Association, and an elder at churches that he attended. He was also a Gideon and put thousands of Bibles in hotel rooms in the Kissimmee, Fl area. He always brought both a vision and a common sense to everything he was involved with.


Friends and relatives may call on the family on Tuesday at

in Waupun from 4-8 p.m. and on Wednesday at the church from 10 a.m. until the time of service.


Interment will follow at Alto Cemetery. A lunch and fellowship will then be held at


A memorial has been established in his name for Central Wisconsin Christian Schools.


The family wishes to thank Agnesian Hospice, the “Visiting Angels”, and especially Kelley Van Buren and Jan DeVries for the care and comfort they provided.

To order memorial trees or send flowers to the family in memory of Edwin Homan, please visit our flower store.