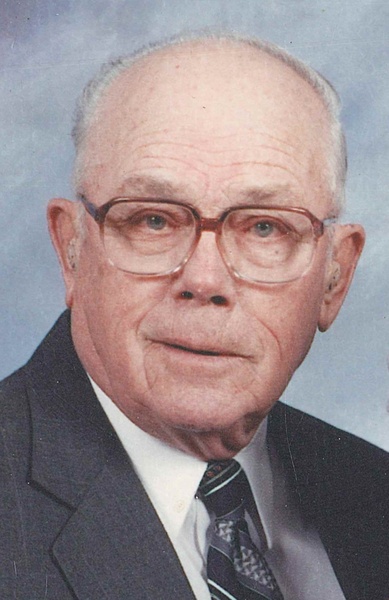 Ed was born December 20, 1921 in the township of Alto the son of Herman and Myrel Zastrow Hull. On January 14, 1944 he was united in marriage to Alene Vande Zande in the town of Trenton. They resided in Waupun all their married lives and were very blessed to have celebrated 75 wonderful years together. Ed was a World War II veteran and had a milk route. He then started doing custom farm work and went into farming on his own. In the early 60’s he started selling farm machinery and soon began his own business, Hull’s 151 Implement, which is still in operation today. Ed will be remembered for his love for the Lord, his strong work ethic, his appreciation of life, and his great sense of humor. He was an avid hunter and fisherman and very adept at repairing and modifying all types of machines. In his later years he would use his mechanical talents for artistic purposes. He worked so hard to provide for his family and took that responsibility very seriously.

Friends and relatives may call the family on Monday at Werner-Harmsen Funeral Home in Waupun from 5-7 p.m. and on Tuesday at the church from 10 a.m. until the time of service.

Funeral services for Edwin Hull will be held Tuesday, June 25, 2019 at 11 a.m. at Emmanuel Reformed Church in Waupun with Rev. Nate Abuan officiating.


The family wishes to give a huge thank you to the staff at the Waupun Dialysis Center for caring so deeply for Dad. We are also grateful to the staff on the second floor of Waupun Memorial Hospital, and the Hospice Home of Hope for their exceptional care.


To order memorial trees or send flowers to the family in memory of Edwin Hull, please visit our flower store.