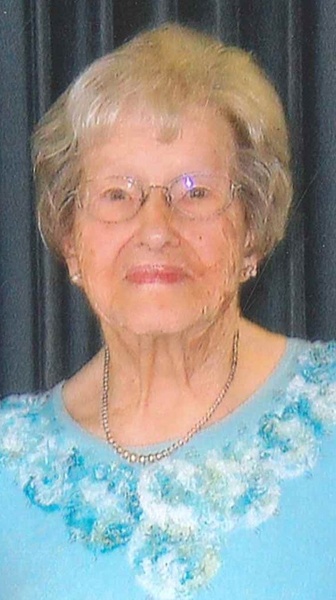 Erna was born April 23, 1924 in Fairwater, the daughter of Henry and Leona Luther Vande Slunt. On October 25, 1945 she married Bernard Vossekuil at Bethel Reformed Church in Brandon. During Erna’s younger years she worked at National Rivet, Ideal Shoe Factory, and Teeples Shoe Factory, all in Waupun. Following her marriage to Bernard, they farmed in the town of Chester and moved to Waupun in 1987. Erna was a member of Grace United Reformed Church in Waupun. Erna’s hobbies were sewing and quilting for the grandchildren.

Friends and relatives of Erna Vossekuil may call on the family on Saturday at the church from 9 a.m. until the time of service.

Funeral services for Erna Vossekuil will be held Saturday, September 22, 2018 at 10:30 a.m. at First Christian Reformed Church in Waupun with Alvin Venhuizen officiating.

The family requests memorials be directed towards Generations Hospice.


To order memorial trees or send flowers to the family in memory of Erna Vossekuil, please visit our flower store.