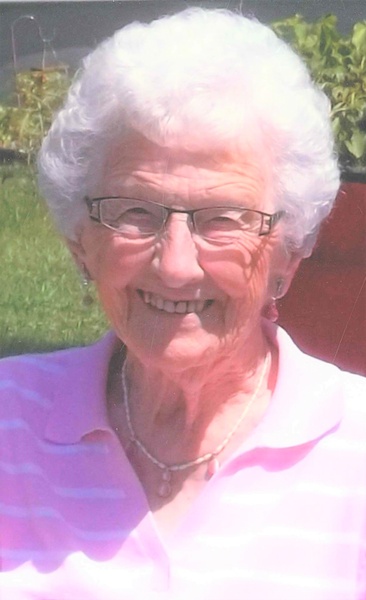 
Esther Kamphuis, 98, of Waupun, died Monday, October 15, 2018 at the Christian Home and Rehabilitation Center in Waupun.

Esther was born April 4, 1920 in the town of Metomen in Fond du Lac County, the daughter of Aldert and Cynthia Vanden Berg Rens. On September 12, 1940 she married Gordon Kamphuis in Waupun. Following their marriage the couple farmed in the Brandon area until Gordon’s death in August of 1973. In 1976 Esther moved to Waupun where she was a housekeeper for several families in Waupun. Esther was a member of First Reformed Church in Waupun and a past member of Alto Reformed Church where she taught Bible Class. Esther was a lady chairperson for the Alto Division of the Fond du Lac County Farm Bureau.


Friends and relatives may call on the family at Werner-Harmsen Funeral Home in Waupun on Thursday from 4-7 p.m. and at the church on Friday from 9:30 a.m. until the time of service.

Funeral services for Esther Kamphuis will be held Friday, October 19, 2018 at 10:30 a.m. at First Reformed Church in Waupun with Rev. Barry Lang officiating.


To order memorial trees or send flowers to the family in memory of Esther Kamphuis, please visit our flower store.