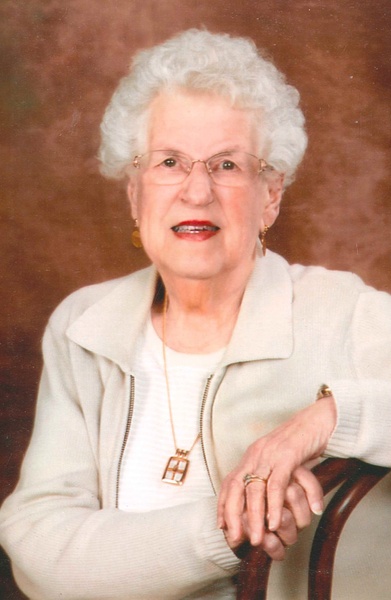 Esther was born February 25, 1919 in Berlin, WI the daughter of Edward and Lydia Lichtenberg Alf. On February 5, 1941 she married Ambrose Braun in Ripon. They owned and operated Brauns’ Restaurant in Waupun from 1941-1972. Esther was a loving mother, grandmother, great-grandmother, and wonderful friend. She will be greatly missed by all. Before moving to Janesville to live with her daughter, she loved playing cards at the Senior Center. Esther was a member of St. Joseph’s Catholic Church in Waupun. She was also a member of the American Legion Auxiliary in Waupun.

Esther was preceded in death by her husband, Ambrose; a daughter, Sandra Kurkowski; and four brothers and sisters: Lillian, Clifford, Alfred, and Alice.


Friends and relatives may call on the family on Thursday from 10 a.m. until the time of service.

A mass of christian burial will be held Thursday, December 5, 2019 at 12 noon at St. Joseph’s Catholic Church in Waupun with Rev. John Radetski officiating.

Entombment will take place at Shrine of Rest Mausoleum.


To order memorial trees or send flowers to the family in memory of Esther L. Braun, please visit our flower store.