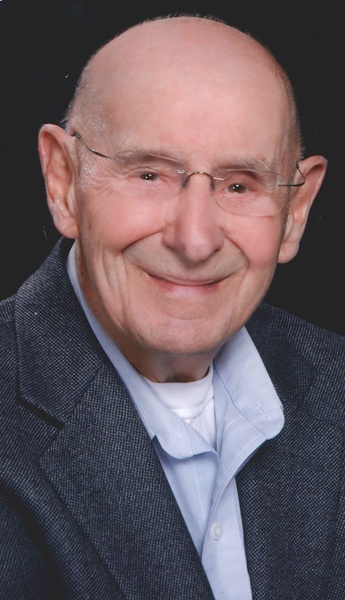 Rusty was born April 7, 1931 in the town of Alto, the son of Harvey and Elva Vande Zande Kastein. Rusty was a graduate of Waupun High School class of 1949. In 1950 Rusty enlisted in the U.S. Navy and served his country for four years. On December 22, 1953 he married Elaine Bronkhorst in Alto. Following their marriage the couple resided in Alto all their married lives. Rusty worked for Kastein Hatchery and later partnered with his brother Wyman and started Kastein Poultry Farms. He also worked for Sunnyside Hatchery in Beaver Dam. He served as treasurer of the Alto Township for over 40 years, volunteered as a fireman for Alto Fire Department, and was a member of American Legion Post 210 in Waupun where he was honored as its Veteran of the Year in 2017. He was a long-time member of Rock River Country Club in Waupun. Rusty attended Edgewood Community Church in Waupun.

He was preceded in death by daughters: Sandra and Sondra Kastein; a brother, Wyman Kastein; sisters: Dorothy Kastein and Delaine Levitt; and brother-in-law, Pete Levitt.

Friends and relatives of Rusty Kastein may call on the family on Sunday from 4-7 p.m. at Werner-Harmsen Funeral Home in Waupun and on Monday at the church from 9:30 a.m. until the time of service.


A memorial service and celebration of Rusty Kastein’s life will be held Monday, March 19, 2018 at Edgewood Community Church in Waupun at 10:30 a.m. with Pastor Mike Giebink and Jeff Rohr presiding.


Memorials may be directed to local veteran’s organizations or Wisconsin Diabetic Research.


To order memorial trees or send flowers to the family in memory of Eugene "Rusty" Kastein, please visit our flower store.