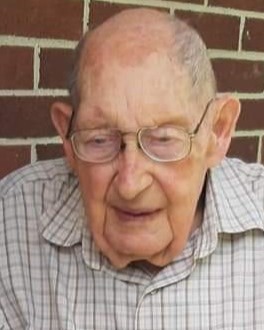 Eugene Schwanke, 92, of Waupun, passed away Thursday, January 5, 2023, at the Christian Homestead.

Eugene was born August 25, 1930 near Westfield, WI in Marquette County, the son of Adolph and Gladys Swanlaw Schwanke. Eugene was drafted into the U.S. Marines in 1952. On November 6, 1954 he married Marjorie Hartgerink. The couple resided in the Waupun area all their married lives. Eugene was employed by National Rivet and Manufacturing in Waupun for 40 years. In his younger years he enjoyed hunting and fishing. He also enjoyed taking trips with Margie and friends to Alaska, Holland, and Germany. He and Margie enjoyed many evenings together listening to music, especially country.

Funeral services for Eugene Schwanke will be held Saturday, January 14, 2023 at 11 a.m. at Werner-Harmsen Funeral Home in Waupun with Chaplain Dennis Overlien officiating. Burial will follow at Forest Mound Cemetery. Friends and relatives may call on the family on Saturday from 10 a.m. until the time of service.

Eugene's family would like to thank the staff of the Christian Home for their excellent care.

In lieu of flowers please donate to your favorite charity.

To order memorial trees or send flowers to the family in memory of Eugene Schwanke, please visit our flower store.