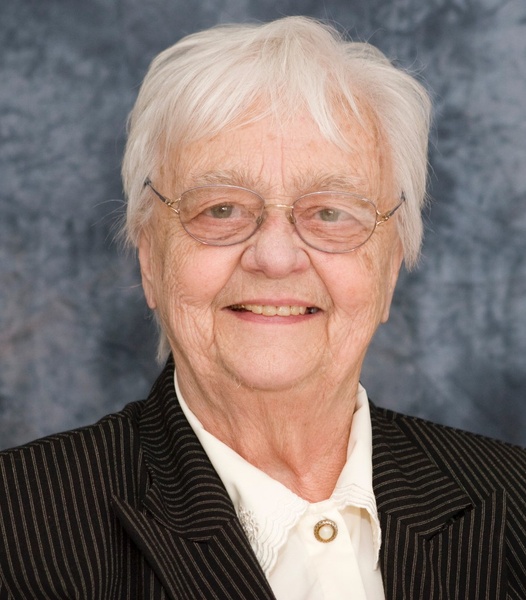 Fern was born December 7, 1929 in the town of Beaver Dam in Dodge County, WI, the daughter of Harry and Alice Birkholz Schwoch. In 1947, she graduated from Beaver Dam High School. On June 2, 1951 she married Robert Kern at St. Stephen’s Lutheran Church in Beaver Dam. Following their marriage, the couple farmed in the town of Trenton along with 3 children until 1982 when they moved into Fox Lake.

Fern was employed at Waupun Feed & Seed as a bookkeeper for 23 years. She had a reputation for being both precise and compassionate and made life-long friends with many of the customers. Fern was a member of St. John’s Lutheran Church in Fox Lake and loved to sing.

Throughout her life, Fern made things. Knitting, cake decorating, and quilting were her creative outlets. She grew things. Her garden fed her family. Her roses were shared freely with friends and the tellers at the bank. She fed people. When Fern brought out her basket, everyone knew good things would follow. She taught things. Whether it was how to make her dinner rolls or balance a checkbook, Fern loved to share what she knew. She had style. Her hats were renowned, and not just her red ones. She liked adventure. She traveled to New York, Germany, and the Fireside Theater. She was a “great grandma” and loved spending time with her grandchildren and great grandchildren and was willing to cross the prairies or climb the mountains to do it. Family gatherings made her smile the most. Her 91 and a half years were well lived. Now, because of her faith and God’s grace, she is welcomed into her eternal life. Well done, good a faithful servant.

Friends and relatives may call on the family on Sunday at the funeral home from 3 p.m. until the time of service.


Funeral services for Fern Kern will be held Sunday, July 11, 2021 at 4 p.m. at Werner-Harmsen Funeral Home in Waupun with Pastor David Nottling officiating.

Burial will take place at Oakwood Cemetery at a later date.

To order memorial trees or send flowers to the family in memory of Fern Kern, please visit our flower store.