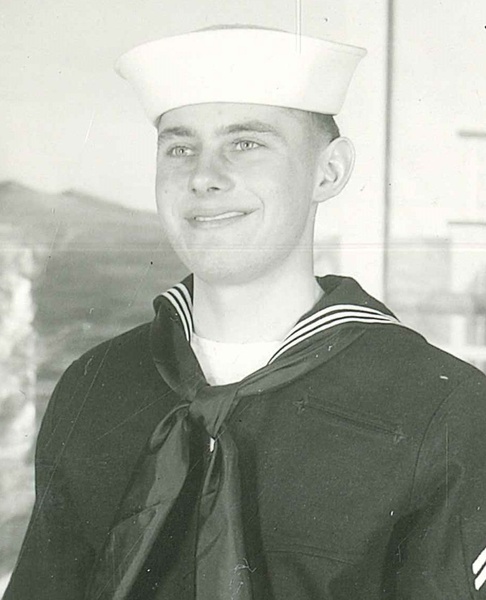 
Florian Sieracki, 88, of Waupun, passed away Thursday, May 21, 2020 at Waupun Memorial Hospital.

Florian was born February 9, 1932, the son of Felix and Victoria Ratajczak Sieracki. Florian graduated from Lincoln High School of Manitowoc in 1950. He served in the U.S. Navy from 1951-1955. He was an electrician on the USS Passumpsic (A0-107), a fleet tanker that operated from Sasebo, Japan to the Korean waters during the Korean War. After his military service he attended Stevens Point College and received a degree in education in 1960. Florian began his teaching career in Beaver Dam, WI, and taught 6th grade in the public school system. On June 24, 1961 he married Mary Ann Michel at St. Boniface Catholic Church in Manitowoc. Florian earned his master’s degree in administration at UW Madison and later moved to Waupun where he taught at Waupun Correctional Institution until his retirement in 1993. He was an avid gardener and enjoyed traveling, fishing, hunting, biking, and hiking. He also loved tinkering on never-ending projects in his basement and garage.

Florian was preceded in death by his parents; his brother, Eugene Sieracki; and his sisters, Marian Osieczanek and Vicki Lachowicz.

Dad was a kind and gentle man. He was a proud veteran serving our country during the Korean War. He loved being outdoors with nature, and knew many plant and animal species. Dad was knowledgeable on many subjects and was the one to go to with our various questions. We will all miss our great conversations and talks with you. We love you Dad!

There will be a private funeral service for Florian Sieracki at Werner-Harmsen Funeral Home in Waupun with Rev. John J. Radetski of St. Joseph’s Catholic Church in Waupun officiating.

Donations may be directed to UW Carbone Cancer Center in Madison.


To order memorial trees or send flowers to the family in memory of Florian Sieracki, please visit our flower store.