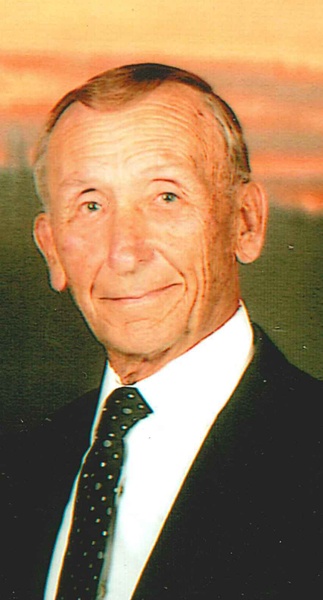 Germaine was born October 21, 1929 in the township of Trenton on the family farm, the son of Henry and Gertrude Bossenbroek Navis. On October 25, 1956 Germaine married Carol Vant Hoff at Alto Reformed Church. Following their marriage the couple resided on the family farm where they farmed until 1989. They then moved to Waupun and Germaine was employed by Central Cable for 20 years. Throughout his life, Germaine was an avid sportsman. He bowled, played men’s softball, golfed, and was an avid fan of the Badgers, Packers, and Brewers. A great highlight was attending the sporting events which his grandchildren participated in. Germaine was a supervisor for the town of Trenton for many years, and a member of First Christian Reformed Church in Waupun.

Friends and relatives may call on the family on Thursday from 4-7 p.m. at the Werner-Harmsen Funeral Home in Waupun and on Friday at the church from 9:30 a.m. until the time of service.

To order memorial trees or send flowers to the family in memory of Germaine J. Navis, please visit our flower store.