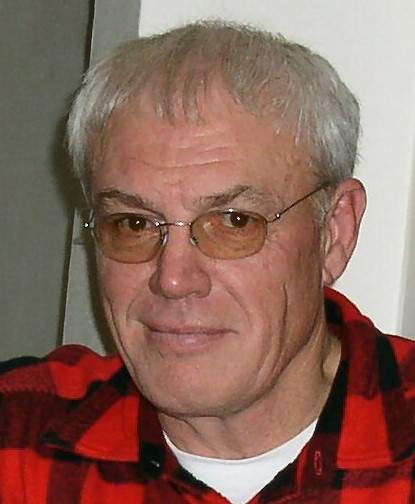 
Glen A. Loomans, 77, of Waupun, passed away on Friday, September 9, 2022 at Prairie Ridge Memory Care in Waupun. He’s now in heaven rejoicing with Jesus free from the grip of dementia.

Glen was born December 4, 1944, the third of five sons born to Alfred and Gladys (Vander Bosch) Loomans. After graduation from Waupun High School in 1963 Glen began his lifelong profession of farming. On September 1, 1972 he married Sharon Pluim. After their honeymoon trip to the state of Washington they settled on the family farm in the township of Alto where they spent the rest of their married lives. Glen grew up attending the Alto Reformed Church where he professed his faith in Jesus Christ as his personal Savior. He remained a member throughout his life. He and Sharon sang in the church choirs and Glen served as a deacon. He was also a board member of the Farmers Elevator. Glen farmed for over 50 years. During most of those years he milked cows and raised steers and worked the land. He didn’t care much for milking because it tied him down so much but he put up with it and took good care of his herd. He loved hunting deer, pheasants, ducks, and geese, but especially fox hunting in the winter with the neighbors. He took several hunting trips to Colorado, Wyoming, and South Dakota. For over 40 years he was part of a deer hunting group that hunted in northern Wisconsin that included his 4 brothers, brothers-in-law, nephews and friends. Glen usually had a dog on the farm, typically a golden retriever or a lab. Glen owned several horses over the years and loved to hitch them to his buggy and pull them in the various local parades with he and Sharon dressed in vintage outfits. They loved to travel. One year they took a snowmobiling trip out west to Wyoming. In the summer it was motorcycle trips on his Harley with friends to Upper Michigan, Tennessee, and other destinations. Glen and Sharon traveled to Switzerland to attend a family wedding. Both he and Sharon loved to follow the activities of their many nieces and nephews. All the nieces and nephews adored Glen. He was the favorite uncle who had four wheelers and snowmobiles. Everyone who knew Glen will miss his story telling along with his laugh and smile. We were all blessed to have known him.

He was preceded in death by his wife, Sharon Loomans; his parents, sister-in-laws: Joyce (Bud) Guenther, Carol (Arnie) Voskuil; and nephew Scott Pluim.

Friends and relatives may call on the family on Thursday at Werner-Harmsen Funeral Home in Waupun from 5-7 p.m. and on Friday at the church from 10 a.m. until the time of service.

To order memorial trees or send flowers to the family in memory of Glen Loomans, please visit our flower store.