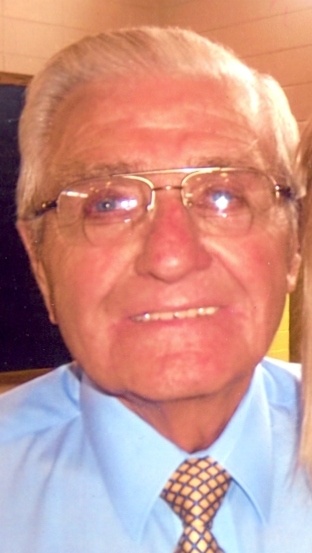 
Glenn was born January 3, 1926 in the town of Trenton, the son of Garrett and Hannah Vande Zande Van Buren. On February 18, 1948 he married Agnes Visser in Waupun. The couple resided in Waupun all their married lives. Glenn owned and operated his own Mobil Oil business from 1947-1982. After 35 years he sold his business to Farmers Elevator and worked part-time for them until 1989 at which time he fully retired. Following retirement he and Aggie traveled extensively throughout the United States. Glenn loved playing horse shoes and enjoyed golfing at Rock River Country Club until he was 87 years old. Glenn was a charter member of Emmanuel Reformed Church in Waupun where he served as an elder and deacon, V.P. of Consistory, General Treasurer, Benevolent Treasurer, Building Treasurer, Secretary of Men’s Brotherhood, and was a member of the male chorus and church choir. He also sang 30 years in the church quartet and was Assistant Sunday School Superintendant. He was a past secretary of the Waupun Christian School Board. Glenn lived out his faith in God and shared it with many, but Glenn’s greatest joy was his family.

Glenn was preceded in death by his wife, Agnes in 2001; a brother, Reuben Van Buren; and two sisters, Doris Harmsen and Mabel Van Buren.


Friends and relatives may call on the family on Tuesday evening at Werner-Harmsen Funeral Home in Waupun from 5-7:30 p.m. and Wednesday at the church from 10 a.m. until the time of service.


To order memorial trees or send flowers to the family in memory of Glenn Van Buren, please visit our flower store.