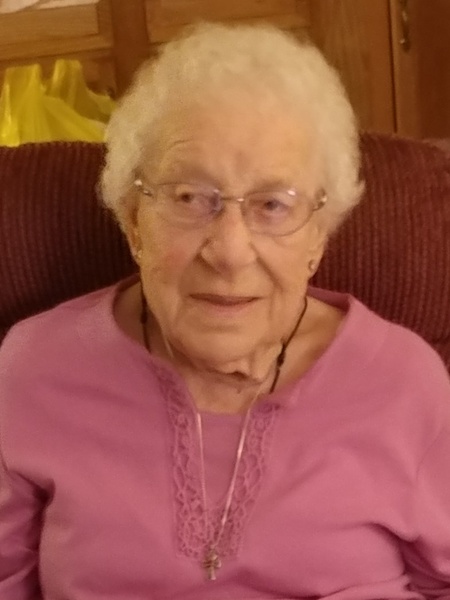 Grace was born April 1, 1923 in the township of Arpin, WI, the daughter of Arthur and Alina Holstein Osinga. The family moved to Vesper, WI where she attended grade school. At the age of 12 they moved to Waupun where Grace attended Waupun schools. On April 24, 1942 she married Harry M. Frens. The couple farmed in the Waupun area most of their married lives until moving to Waupun. Grace was a member of First Reformed Church in Waupun and a member of AIM Quilting at the church.

Grace was preceded in death by her husband, Harry Frens in 2001; and two sisters, Louise Smedema and Ann Alsum.

Friends and relatives may call on the family on Thursday at the funeral home from 9 a.m. until the time of service.

Funeral services for Grace Frens will be held Thursday, September 19, 2019 at 11 a.m. at Werner-Harmsen Funeral Home in Waupun with Rev. Barry Lang officiating.


To order memorial trees or send flowers to the family in memory of Grace Frens, please visit our flower store.