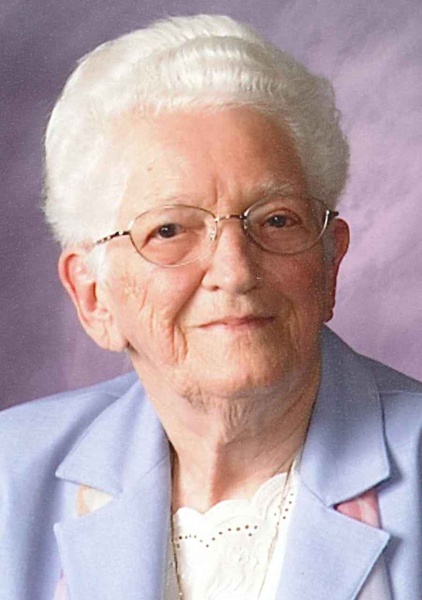 
Grace was born May 25, 1926 in Arpin, WI the daughter of Ralph and Nellie Holstein Dykstra. Grace was a graduate of Waupun High School and worked for 15 years at Ideal Shoe Factory. On February 3, 1959 she married Raymond Kamphuis in Waupun. Following their marriage the couple farmed in the Waupun area all their married lives. Grace was a member of First Christian Reformed Church in Waupun where she taught Sunday school and was a member of the Mary-Martha Society. Grace enjoyed cooking and having friends over to enjoy it.

Grace was preceded in death by her husband, Raymond Kamphuis in 1995, and a sister, Shirley.


Friends and relatives may call on the family on Sunday from 2-4 p.m. at the Werner-Harmsen Funeral Home in Waupun and on Monday at the church from 9:30 a.m. until the time of service.

To order memorial trees or send flowers to the family in memory of Grace Kamphuis, please visit our flower store.