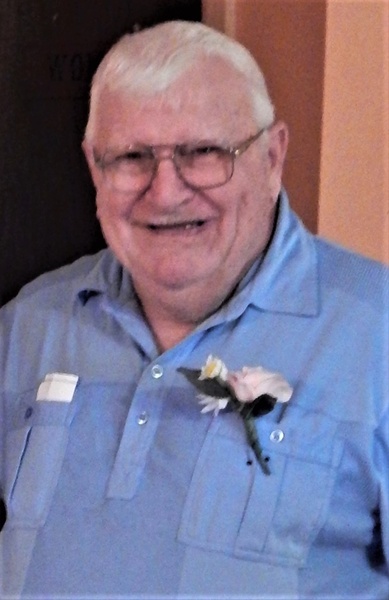 
Harvey Frederick Daane went to his eternal rest on May 3, 2022 at Hillside Manor, Beaver Dam at the age of 84.

Harvey was an avid hunter, fisherman and gardener, he was also an excellent pool player. He retired from Robin II as a mechanic and was known to fix just about anything with a roll of duct tape.

During retirement, he and Elaine enjoyed traveling both domestically and abroad. He also enjoyed spending time with his grandchildren and great-grandchildren, providing countless ATV rides around the farm.

Harvey was preceded in passing by his parents, brother, Earl and sisters, Harriet and Linda. His in-laws, Bert and Margaret Perry, brother and sister in-laws, Donald, Alan, Marilyn Marx, Gordon, Maureen and James.

Friends and relatives may call on the family on Thursday at the funeral home from 5-7:30 p.m. and on Friday from 9:30 a.m. until the time of service.

Funeral services for Harvey Daane will be held Friday, May 6, 2022 at 10:30 a.m. at Werner-Harmsen Funeral Home in Waupun with Pastor Kevin Van Wyk officiating.


Burial will follow at Alto Cemetery with a luncheon back at the funeral home.

To order memorial trees or send flowers to the family in memory of Harvey Daane, please visit our flower store.