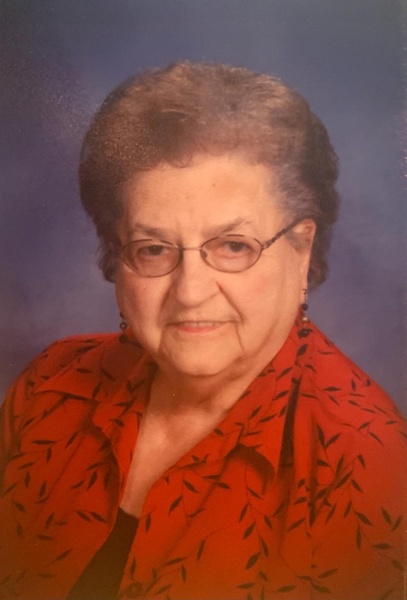 Helen was born April 27, 1931 in the town of Alto, the daughter of Herman and Allie Bronkhorst Medema. On October 24, 1947 she married John Aalpoel Jr. in Waupun. Following their marriage the couple farmed in the town of Waupun until 1959. Helen was employed at Ideal Shoe Factory in Waupun for twelve years, waitressed at Hopp’s Restaurant for twelve years, and then owned and operated Helen's Kitchen in Waupun for nine years, retiring in 1986. While a member of First Reformed Church, Helen taught Sunday School for several years. Helen was a hospice volunteer for seven years and a member of Edgewood Community Church in Waupun. Helen and John enjoyed wintering in Gulf Shores, Alabama for twelve years and two years in Tucson, Arizona.

Helen was preceded in death by her husband, John Aalpoel Jr. of Waupun; her parents; a great-grandchild, Alex; and four brothers, Alvin Medema, George Medema, John Medema, and Clayton Medema.

In lieu of flowers a memorial in Helen’s name will be started.


To order memorial trees or send flowers to the family in memory of Helen Aalpoel, please visit our flower store.