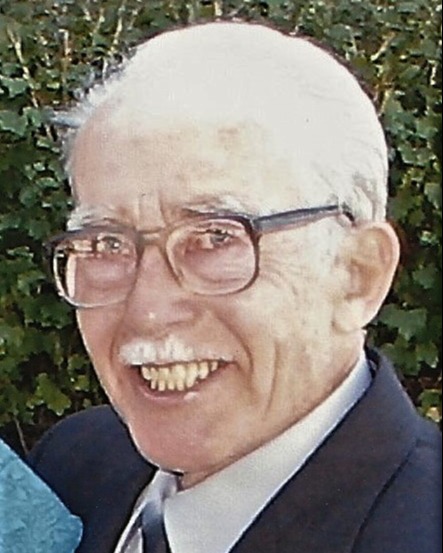 Henry Heeringa, 96, of Waupun, passed away into the loving arms of his Savior on Monday, January 9, 2023 at Randolph Health Services.

Henry was born October 22, 1926 in Holwerd, in the Province of Friesland of the Netherlands, the son of Jerry and Alice Boersma Heeringa. Henry served with the Dutch Army of the Netherlands during WWII in Indonesia. In 1950 he immigrated to the United States. On September 14, 1955 Henry was united in marriage to Alice Montsma in Delavan, WI. The couple farmed in the Delavan area until 1971 at which time they moved to the Waupun area and continued to farm until 1993 at which time he retired. Henry was a member of Bethel Christian Reformed Church in Waupun where he served as an elder. He also served on the Christian School boards in Delavan and Waupun. Henry enjoyed his many years of dairy farming. He was devoted to his wife and family but most importantly to his Lord. He sought God's daily guidance, and his favorite verses were Proverbs 3:5-6. “Trust in the Lord with all your heart and lean not on your own understanding; In all your ways acknowledge Him, and He shall direct your paths.”

Funeral services for Henry Heeringa will be held Saturday, January 14, 2023 at 12 p.m. at Bethel Christian Reformed Church in Waupun with Pastor Keith Buist officiating. Burial will follow at Forest Mound Cemetery. Friends and relatives may call on the family on Saturday from 10 a.m. until the time of service.

Memorial contributions may be directed to Central Wisconsin Christian School in Waupun.

The family is deeply grateful to the staff of Randolph Health Services for the wonderful care Henry received for the past 8+ years.

To order memorial trees or send flowers to the family in memory of Henry Heeringa, please visit our flower store.