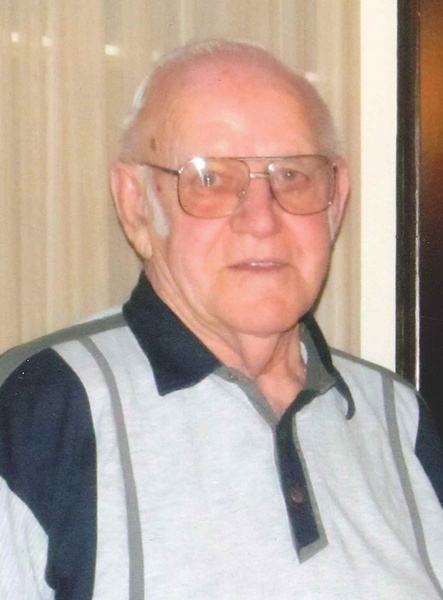 
Howard Vande Slunt, 89, of Waupun, passed away peacefully on Saturday, June 24, 2017 at the Hospice Home of Hope in Fond du Lac.

Howard was born April 6, 1928 to Henry and Leona Luther Vande Slunt. On April 12, 1949 he married the love of his life, Myrtle Greene, at Bethel Reformed Church in Brandon. The couple resided in the Waupun area all their married lives. Howard was a farmer and in construction all of his life. In the 70’s he started his own construction company, Vande Slunt Builders, working alongside his family. Howard enjoyed playing cards and wood crafting.

He was preceded in death by his wife, Myrtle, in 2010; two brothers, Donald and Delmar Vande Slunt; and two sisters, Harriet Westra and Alice Gilbertson.

Friends and relatives may call on the family on Wednesday from 5-7 p.m. at Werner-Harmsen Funeral Home in Waupun and on Thursday at the church from 9:30 a.m. until the time of service.


To order memorial trees or send flowers to the family in memory of Howard Vande Slunt, please visit our flower store.