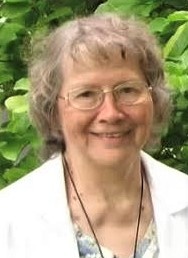 Ida was born on September 27, 1935 in Eveleth, MN to Emil and Vienna (Nahkala) Haanpaa. Ida graduated from Eveleth High School in 1953, where she excelled in her studies. After graduation she worked at a local bank while her husband-to-be, Bill Byron, went on to play football and study at the University of North Dakota. They were married while Bill was still in Grand Forks, where they lived for a period of time. Ida and Bill moved to Waupun in the early 1960’s, where Bill taught art at the high school and Ida focused on raising their young family. Once the children were shrewd enough to cause trouble without getting caught, Ida returned to the work force as the Director of the Waupun Senior Center, where she worked until her retirement. Ida loved organizing trips and activities for the seniors and making sure that meals were delivered to those in need. Ida and Bill were both very active in the Waupun Hockey Association from its early years through the graduation of their youngest hockey player in 1988. Ida was a President of the Hockey Association Women’s Auxiliary, and spent many years scheduling volunteer staffing for the concession stand during hockey games. When people failed to show for their scheduled shifts, Ida would be there in their place with a smile on her face. Most of all, Ida and Bill loved spending quality time with friends and family in the north woods of Wisconsin and Minnesota. They always said that the best part of having a lake place in northern Wisconsin was that they got to know and spend time with their grandchildren. Ida will be missed by all who had the good fortune to share their lives with her. A full-blooded Finn, Ida was very proud of her Finnish heritage and embodied the Finnish national credo of Sisu, which is described as stoic determination, tenacity of purpose, grit, bravery, resilience and hardiness.

Ida was preceded in death by her husband of 62 years, Bill Byron, her parents, and her daughter, Brenda Byron Janke, of Wausau.

A Celebration of Life will be held once there is widespread distribution of a COVID-19 vaccine.

The family would like to thank the volunteers and staff at Heartland Hospice and the teams at Home Instead and Prairie Ridge for their compassionate care.


To order memorial trees or send flowers to the family in memory of Ida Byron, please visit our flower store.