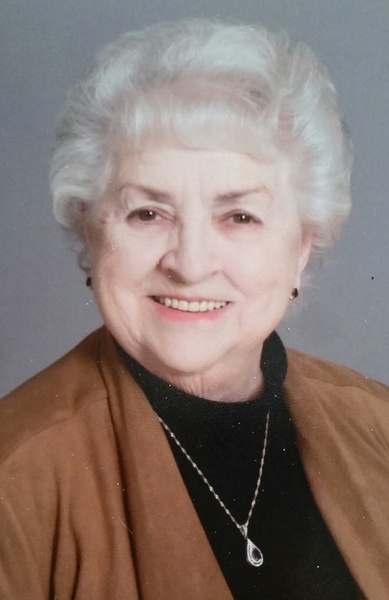 
Irene C. (Schraufnagel) Urban, 84, of Waupun, passed away peacefully on July 21, 2020 at St. Agnes Hospital two weeks after surgery, with her husband and children at her side.

Irene was born on December 28, 1935 in the Town of Oakfield, the daughter of the late Anton and Clara (Theisen) Schraufnagel. She was a 1954 graduate of Oakfield High School. On September 29, 1956 she was united in marriage to Howard W. Urban at St. Andrew’s Catholic Church in LeRoy. Together they raised four wonderful children. HI-Ledge Acres, in the Town of Oakfield, was where she and Howard farmed together and raised their family. Irene took great pride in the farm, tending to the young stock, her flowers, and gardens. She enjoyed baking for her family and canning fruits raised on the farm. She was a member of the Highland Homemakers of Oakfield where she made many life-long friends. Her love of music began as a young girl, playing the accordion with her sister and brother. She enjoyed being the choir director at St. James Catholic Church in Oakfield for many years. That love of music was shared and passed on to her children. In her appreciation for their daughter Jackie surviving cancer, Irene was a long-time volunteer of the American Cancer Society, tirelessly working to help find a cure for cancer. She was also a faithful supporter of St. Jude Children’s Hospital, praying that one day they’d find a cure for childhood cancer. After retirement from the farm, she and Howard moved to Waupun and worked side-by-side again at the National Bank of Waupun from 2001-2008. St. Joseph’s Church is where her faith found roots in Waupun. She’s grateful for the many friends she made there and for the strong faith-community support she received from her church family.

Irene leaves behind the love of her life, Howard. For nearly 64 years their love story was a true example to their children. She was very proud of her four children and the families each of them created; Julie (Mick) Marks, Joan (Don) Wiese, Jacqueline (Dan Drinkwine) Martin and John (Vicki) Urban. She was blessed with ten wonderful grandchildren, Kevin Marks, Kelly Marks, Kathryn (Kurt) Hintz, Carrie (Nick) Tibbott, Colleen (Andy) Giese, Jenna (fiancé Dominick) Yadro, Kimberly Urban, Tyler (Emmalee) Urban and Jay Urban. Irene’s face just lit up when she saw her ten great-grandchildren. She died knowing number eleven was due any day. She always wanted to know how they were and what they were learning. Her great-grandchildren lovingly called her “Gigi”. Irene is further survived by her sister, Florence (Benno) Wagner and her in-laws, Ed (Janice) Urban, Henry Urban and Mary Beier. She is survived by many nieces, nephews, other family and friends.


Entombment will take place at Shrine of Rest Mausoleum in Fond du Lac.


Memorials may be directed in her name to St. Joseph’s Catholic Church in Waupun, WI.


Irene’s family wishes to thank Dr. Lilly and the ICU staff at St. Agnes in Fond du Lac for the loving, compassionate, attentive care they provided Irene in her final days.

To order memorial trees or send flowers to the family in memory of Irene Urban, please visit our flower store.