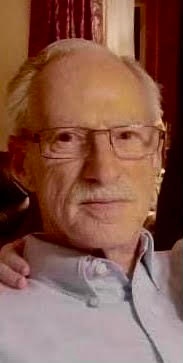 Jack was born February 9, 1940 in Michigan, the son of William and Iva Roe. He served his country in the U.S. Airforce. Jack married Anna Fisher on Thanksgiving Day in 1982. Jack was known as the jack-of-all-trades but best known for driving bus all over the country which is how he met Anna. Jack was a member of First Reformed Church. He enjoyed camping and fishing. He was very proud of his classic Chevy truck and enjoyed competing in the Waupun Truck-N-Show Jamboree, collecting over 25+ trophies. Jack will be remembered for his cooking, especially his breakfast.

Jack was preceded in death by his parents.

Friends and relatives may call on the family on Friday at the funeral home from 10 a.m. until the time of service.

Memorial services for Jack Wells will be held Friday, April 22, 2022 at 12 noon at Werner-Harmsen Funeral Home in Waupun with Pastor Barry Lang officiating.

To order memorial trees or send flowers to the family in memory of Jack Wells, please visit our flower store.