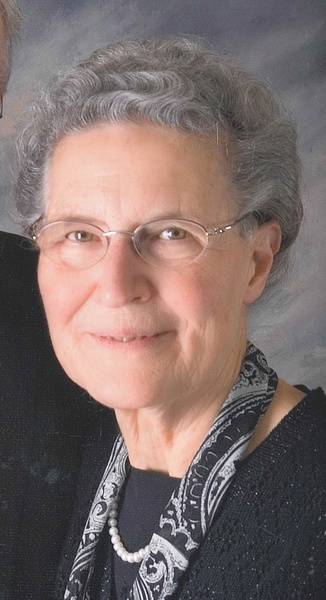 Cobie was born December 2, 1930 in Corsica, South Dakota, the daughter of Lane and Jennie Zomer Rus. On June 26,1956 she married Henry Frens in Corsica, South Dakota. Following their marriage they moved to Waupun.The couple farmed in the Waupun area until retiring. Cobie was a great homemaker, enjoyed gardening, and loved her family dearly. She enjoyed traveling and returning to her hometown of Corsica on yearly visits. Cobie was a member of Netherlands Reformed Congregation in Waupun.

Cobie was preceded in death by her parents; an infant son, Sydney; a son-in-law, Robert Wyatt; three brothers; and two sisters.


Friends and relatives may call on the family on Tuesday at Werner-Harmsen Funeral Home in Waupun from 4-6 p.m. and on Wednesday at the church from 10:30 a.m. until the time of service.

Funeral services for Cobie Frens will be held Wednesday, October 28, 2020 at 11:30 a.m. at Netherlands Reformed Congregation in Waupun with Rev. John Witvoet officiating.


To order memorial trees or send flowers to the family in memory of Jacoba Frens, please visit our flower store.