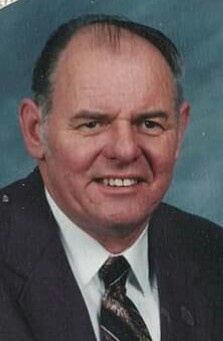 
In his lifetime James Harold Lont was ever true to that old rugged cross and on August 1, 2016 following a brief battle with illness Jim received that call to return to his heavenly home.

He now stands proudly among heaven’s choir to sing for all of eternity. His devotion to his family and his firm belief in our our Lord, supported him and ultimately gave him peace. Jim began his journey here on Earth on August 5, 1942, the son of Peter and Lillian (Hopp) Lont. He was raised on his family farm in Randolph and attended local school. On April 19, 1968 he married Elsie E. Damsteegt in Alto. Jim and Elsie lived together in Waupun throughout their married lives. Elsie received a call to her heavenly home in 1994. While Elsie’s journey here on Earth may have came to an end, James’ family continued to grow when the Lord brought Jim and Donna M. DeYoung a new love and companionship. On April 26, 1996 Jim and Donna were married and spent their married lives in Randolph. Jim retired from National Rivet after 40 years of loyal service. He worked for Aronson Steel Products as well, where he took joy in cleaning metals and this enjoyment continued into his retired years. Jim held a steadfast faith in the Lord and was deeply involved in the church. He was a former member of Emmanuel Reformed Church in Waupun where he served on the consistory many times as both an Elder and a Deacon. He was very active in the choir. Jim later joined First Christian Reformed Church in East Friesland where he continued to stay involved. He sang with The Friesland Community Men’s Chorus. He held a passion for music which carried through until his final moments.

Jim is reunited in heaven with his late wife, Elsie Lont; his parents; a sister, Marlene; and numerous others whose earthly lives he brought joy to with his singing and infectious smile.

Friends and relatives may call on the family on Thursday at

To order memorial trees or send flowers to the family in memory of James Lont, please visit our flower store.