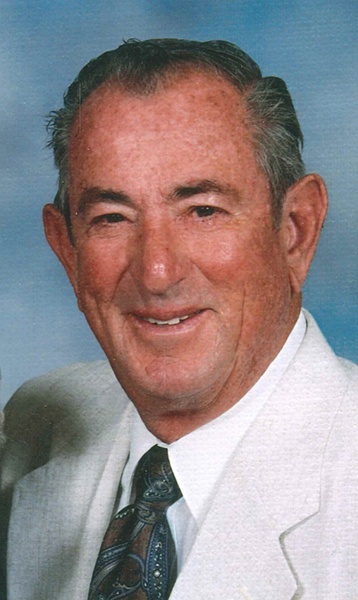 Jim was born August 23, 1930, in Oshkosh, the oldest child of Jess and Winifred (Crain) Nickel. He graduated from Waupun High School in 1948. On May 24, 1952, he married Ruthie Harmsen at St. Joseph’s Catholic Church in Waupun. Jim and Ruthie lived all their married lives in Waupun. After retiring, they spent summers at their cottage on Sandy Lake, and winters in Apache Junction, AZ. They enjoyed traveling throughout the United States, as well as to Canada, Mexico, Hawaii, and the British Isles. Jim proudly served his country, enlisting in the US Army in 1948, and continuing to serve in the National Guard and US Army Reserves, retiring in 1983 as a Lieutenant Colonel. He was employed by Department of Corrections from 1952 to 1985, retiring as a Captain. He loved following the academic achievements and sports careers of his children and grandchildren, and enjoyed watching and listening to the Packers and Brewers, working on his yard, gardening, swimming, and taking walks around Waupun. He was an avid Notre Dame fan. Jim was a member of St. Joseph’s Catholic Church where he served as usher and was a member of its parish council where he served as president, and was proud to be a charter member of its Knights of Columbus. He enjoyed playing baseball and during his senior year the team won the Little Ten Championship. Jim especially enjoyed helping his son’s little league teams and coaching St. Joseph’s school teams.

He is also survived by one brother Jack (Toni) Nickel of Waupun, two sisters Margaret (Ron) Giannoni of Waupun and Kathleen (Ron) Paul of Fox Lake, one aunt Elizabeth Koplitz of Oshkosh, and many wonderful nieces, nephews, cousins, in-laws, and friends.

He was preceded in death by his wife of 64 years, Ruthie, in 2016, his parents, aunts and uncles and other relatives.

A Mass of Christian Burial for Jim Nickel will be held June 30, 2017, at 10:30 a.m., at St. Joseph’s Catholic Church in Waupun with Rev. Fr. John Radetski officiating.

Burial will follow at Calvary Cemetery in Waupun where military honors will be held. Lunch will be served at the Werner Harmsen Event Center following graveside services.

Memorials may be made in Jim’s name to Midwest Athletes Against Childhood Cancer, Inc. (the MACC Fund - maccfund.org). The family wishes to thank the staff of The Christian Living Center for the assistance given our father and grandfather during his last 14 months.


To order memorial trees or send flowers to the family in memory of James Nickel, please visit our flower store.