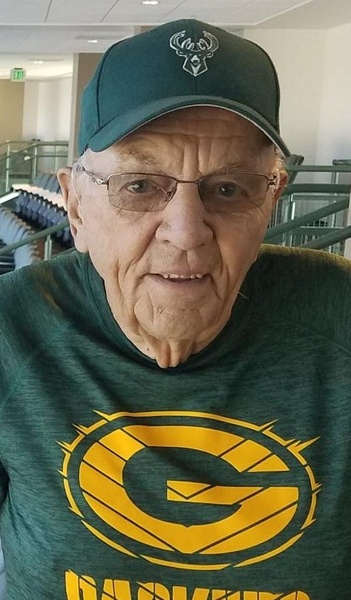 Jim was born April 5, 1932 in Markesan to Edwin and Luella Welk Schulz. Jim graduated from Markesan High School in 1950. After graduation he worked at Nehring Hardware and then later on the assembly line at Speed Queen in Ripon and retired in 1996 after 38 years. On August 17, 1963 he married Patricia Kaiser. After retirement he loved to take care of lawns and also loved to coach baseball and did so for 20 years. Jim was an avid bowler and bowled several 300 games. Jim was a janitor for Union-Congregational Church in Waupun for 24 years. He loved to help people as well as fix washing machines.

He was preceded in death by his parents; his wife, Patricia in 1990; and a brother, Willis (Phyllis) Schulz.

Friends and relatives may call on the family on Sunday from 1 p.m. until the time of service.


Funeral services for James Schulz will be held Sunday, January 16, 2022 at 3 p.m. at Werner-Harmsen Funeral Home in Waupun with Pastor Chris Davis officiating.


Private burial services will be held at Markesan Memorial Cemetery.


A special thanks to the Beaver Dam Special Services Center and Marquardt Hospice of Watertown.

To order memorial trees or send flowers to the family in memory of James Schulz, please visit our flower store.