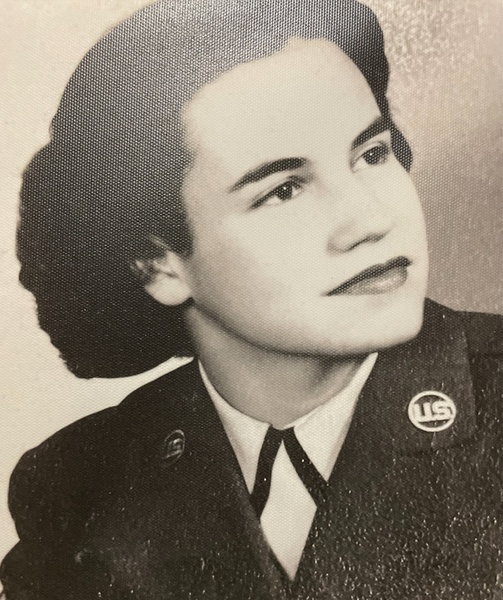 
Janet Ann (Whiting) Woods was born April 16th, 1936, to Ralph Whiting and Janet Whiting's. Janet was first born of 5 other siblings: Harriet (Whiting) Laird, Walter Whiting, Robert Whiting, David Whiting, and James Whiting. She graduated from Waupun High School in June of 1954 and entered the United States Air Force boot camp in November of 1954. Janet graduated from boot camp Lackland AFB TX in February of 1955, went to 3310th Technical Training Wing Scott AFB Illinois in February of 1955, and graduated in June of 1955. Janet was first duty station assigned in June of 1955 with the 3650th Air Base Group, Samson AFB Geneva New York. Her second duty station assigned was 3506th STRON Kesesler AFB Mississippi from April of 1956-December of 1956. During Janet's time at Kesesler AFB she met and married another Airman Benjamin Woods. Janet (Whiting) Woods left the service in December of 1956. Janet and Ben's first born was Jeffery Woods born in March of 1958. Janet and Ben's second born was Kay Woods in June of 1962. Janet and Ben were married for 32 years when Ben passed away in November in 1988. Janet lived in Fayetteville, NC for over 20 years when she moved to Columbia, SC to be closer to her daughter Kay along with Ted, Nicholas, and later Christopher. She stayed in Columbia, SC till October 2018 and moved to New Mexico after the passing of her daughter Kay in August 2018. Janet lived with Jeffery, Jodi, and their daughters, Janelle and Jaimie till Janet passed away on Veterans Day, November 11th, 2021.

Janet was preceded by her parents, Ralph and Janet; along with two siblings: Robert Whiting and David Whiting.

Services for Janet (Whiting) Woods will be held Tuesday, June 14, 2022 at 11 a.m. at Werner-Harmsen Funeral Home in Waupun. June 14th was selected not only to honor Janet Woods but was also the birth date of her daughter Kay (Woods) Dreawell, as well as Flag Day, along with the U.S. Army’s birthday in which Kay served. Janet’s granddaughters, Jaimie and Janelle are in Junior Naval ROTC and will be in attendance in uniform for graveside. Janelle will be playing TAPs to honor the service of her grandmother. Both Jaimie and Janelle plan on entering the service next summer after graduation from high school and what better way to celebrate the accomplishments of both their grandmother and aunt.

To order memorial trees or send flowers to the family in memory of Janet (Whiting) Woods, please visit our flower store.