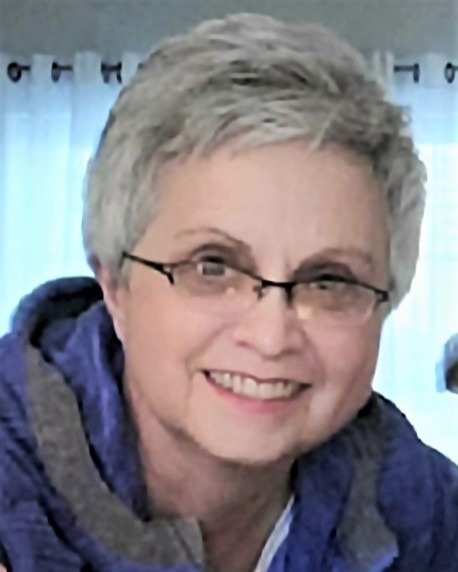 Jean Ann Wanek Bartlett, age 72, of Waupun, Wisconsin, passed away on October 7th from a battle with Glioblastoma brain cancer.  Jean was a woman of Faith and of God’s Grace.  Her life described here is a testament to her purpose and mission of hope, peace, love and forgiveness.

Jean was born on March 6th, 1950, to William and Jerry Wanek in a log-cabin homestead in rural Blue River, Wisconsin. As a child and throughout her life, Jean managed severe allergies and asthma, which had its challenges growing up on a dairy farm. Jean graduated from Blue River High School in 1968. She studied Teaching at UW-Platteville, graduating with a Bachelor’s Degree in 1972.

Jean fell in love and married Jon Claude Bartlett on June 4th, 1972. He was the Blue River/Richland United Methodist minister then, and together they began a life of faith and community service. She began teaching up until she and Jon Claude started a family. But teaching would remain a big part of the rest of her life as she taught people about Jesus, serving humankind, kindness, and forgiveness.

Jean and Jon Claude had three children: Amy (b. 1975), Nathan (b. 1977), and Steven (b. 1973). Jean and Jon Claude adopted Steven who had special needs, enriching the family with both joyful and difficult experiences.  Steven died after contracting Covid in 2020.

In 1983, Jean felt called to have a ministry of her own and graduated with a Masters of Divinity from Garrett–Evangelical Theological Seminary in 1987. She would have a 30-year career teaching the word of God, helping people through both crisis and celebrations while furthering the communities where she served. Jean served churches throughout Wisconsin including Kenosha First UMC, Salem UMC, Randolph/Courtland UMCs, Dodgeville/Ridgeway UMCs, Fifth Avenue UMC, West Bend, Edgerton UMC and in retirement served the Blue River/Avoca UMCs.   She gained lifelong friends in her churches and special friends from her seminary classes who formed a covenant group and met twice a year for 30 years or so.

In 2012, Jean retired from the ministry and lived near the farm in the pines on Sand Prairie to be close to her aging mother. She didn’t rest long and led volunteers to organize a monthly community meal program at the Blue River UMC.  The last meal served was for 220 people.   She enjoyed learning and documenting family heritage, collecting and restoring antiques, canning, sewing, and crafts. Jean loved music, especially gospel and polkas. She could play the piano at a young age and other instruments, including the clarinet and the banjo, which she took up later in life on her father’s banjo, guitar and accordion.  Above all those things, she was a master of thrift, and anyone who knew her well knew that she appreciated a good deal.

More recently, Jean and Jon Claude moved into a new home to be closer to her son, Nathan, in Waupun, Wisconsin, who would help support health related issues. Here she spent time with her family and doted on her grandchildren.  As her grandchildren grew, she was so proud of them and the wonderful job her children were doing as parents. She would enjoy living closer to her sister, Jessica, with regular crafting or cooking activities, including lefsa-making parties, and providing cake for every birthday.

To order memorial trees or send flowers to the family in memory of Jean Ann Bartlett, please visit our flower store.